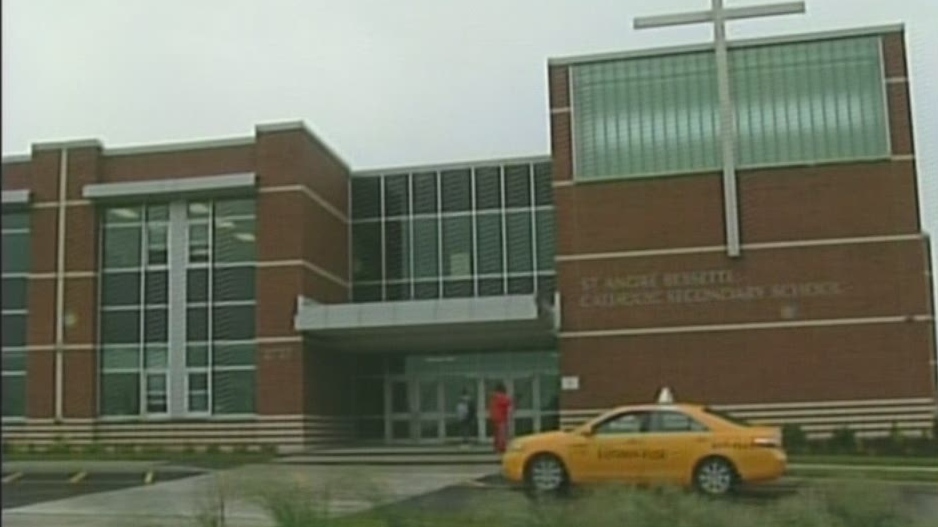 Police have charged two males after smoke filled the halls of St. Andre Bessette Catholic Secondary School at the end of the 2019 school year.

A 17-year-old and an 18-year-old were charged on Saturday with mischief under $5,000, according to London police.

Police say a vehicle pulled up outside the school, stopping three time to toss smoke bombs into different parts of the building, including the cafeteria.

One suspect was reportedly dressed as a superhero, while another was masked.

The smoke triggered fire alarms and the building was evacuated, with teachers and students left out in the rain for two hours while fire crews ventilated the building.