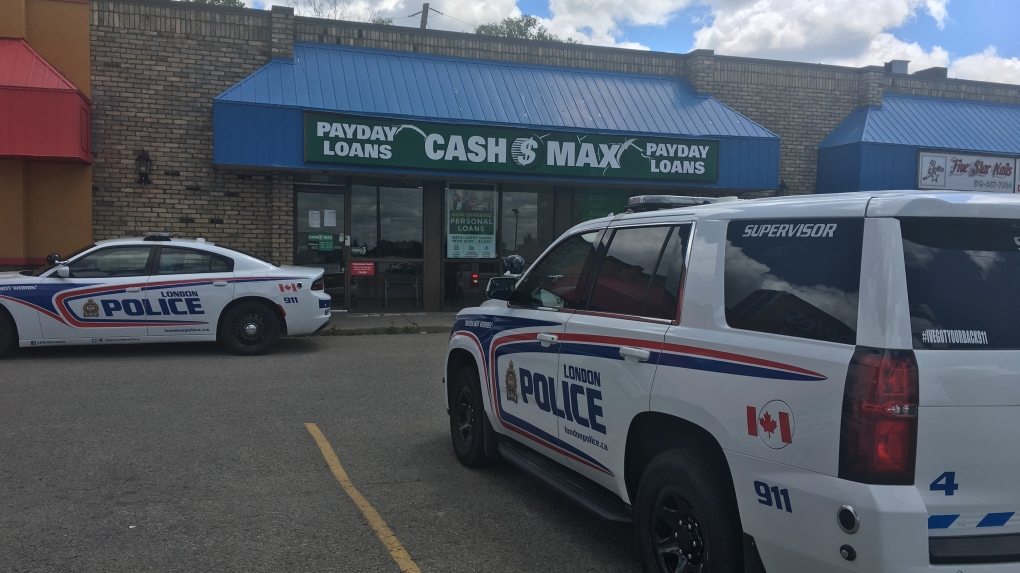 LONDON, ONT. -- Staff at a London business were robbed at knifepoint just before the noon hour on Wednesday, police say.

The suspect was reported to be carrying a long butcher knife and demanded cash.

He was given an undisclosed amount of money and was last seen leaving on foot.

The suspect is described as a tall, white male. He was wearing a flowered mask, shirt with tie, and jeans.

Police say no one was injured during the robbery.

- With files from CTV's Brent Lale