ST. THOMAS, ONT. -- On a typical Victoria Day weekend, rib vendors would be entertaining and serving at festivals across the province.

However the last two years have been tough on those in the industry.

"We've been crushed, and there's a lot of people suffering in the entertainment sector," says Kona Sakellis, manager of Jack The Ribber.

Her professional award-winning BBQ has decided to set up shop at her home base on Barrie Blvd. in St. Thomas until Monday evening as a 'soft opening' for the season.

"This is a little sense of normalcy here, says Sakellis.

"So we're trying to bring in what we were accustomed to and then incorporate the safety regulations and the arrows and move the customers through as well." 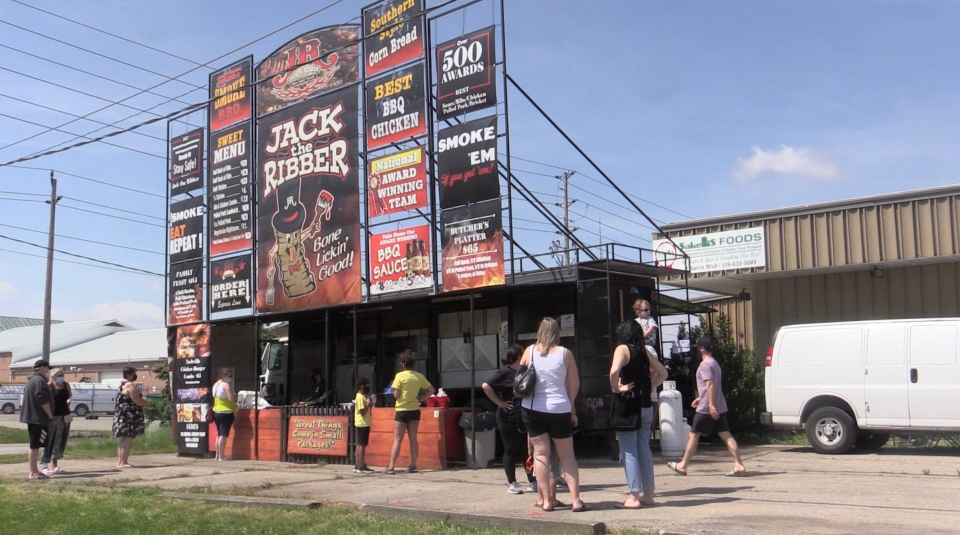 According to the provincial Roadmap to Reopening revealed Thursday, phase three would allow for large outdoor gatherings. Based on the timeline Ribfest should line up with phase three.

"The province has given us a lot of encouragement, and the is pretty much down to the city to to approve my plan," says Hillier.

Ribfest has hopes of holding its regular festival with bands, vendors and a beer garden. However he has also laid out a contingency plan for a drive-through option.

"I'm willing to meet any of the challenges that are facing me to go live as my main plan," says Hillier.

"We also have a backup plan which is a drive thru Ribfest around the park using the existing road closures. I think one of the things that people are only going to miss is the rides which will be taken out to make room for many lanes of cars to be able to carefully and properly get through the drive thru," he says.

"It will be designed so that you can actually drive up with your window, pay at one window, and then get your ribs. In the next window, just like a fast food restaurant would do." 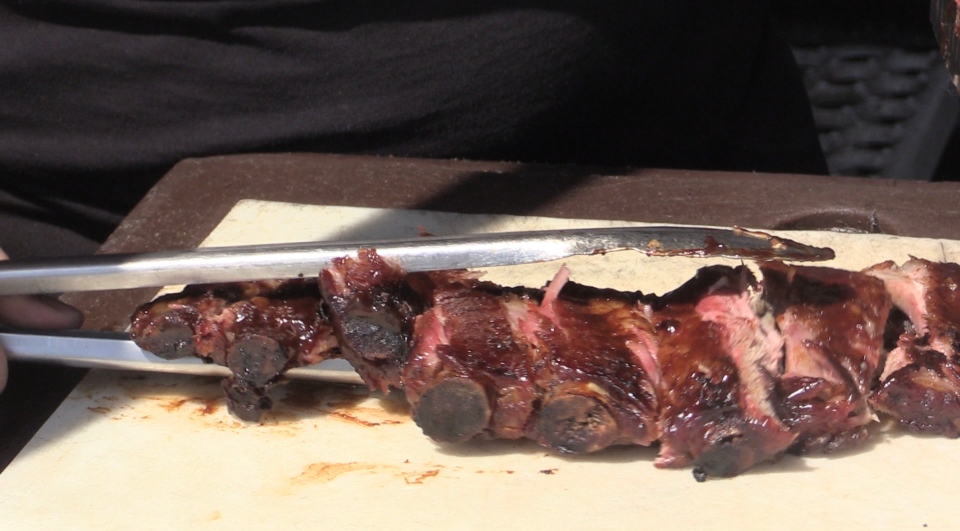 Hillier's announcement was a welcome surprise for Sakellis whose sister company Route 55 is a vendor at Ribfest.

" I can't tell you how excited we all are," says Sakellis, who is also a vendor in Sarnia next month for the Kinsmen's drive-through festival at Lambton College.

"There's charities involved in a lot of these events. "They volunteer their time too, so it's not just vendors, there are a lot of people that are hurting. Depending how things go with stage one, stage two and stage three we'll see how much we can go but it's definitely a difficult time for everyone involved in this aspect of the industry."

Hillier has sent his proposal to the City of London, and is now awaiting approval.

"We're going to be full steam ahead with either concept, and I am no longer concerned that my vendors will lose money," says Hiillier.

"I want Londoners to get a taste of those ribs is here, one way or another and I think there's nothing that can stop us now."