A house fire in a core area of London, Ont. sent multiple engines to the scene Thursday afternoon.

The blaze, in a single-family residence at the corner of Blackfriars and Albion streets, occurred just before 5 pm.

“Smoke was venting from the attic and the eaves upon arrival. So they set up an offensive strategy for search, fire and rescue control. And to make sure all occupants were accounted for. And then they were able to focus on getting the fire out,” he said. 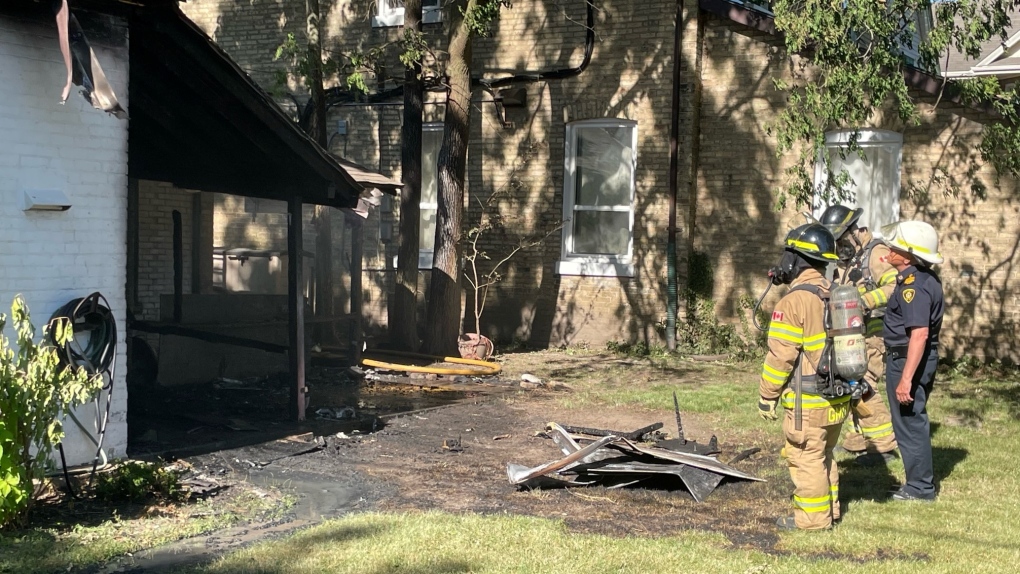 The London Fire Department responded to a house fire on Blackfriars Street late afternoon on June 23, 2022. (Sean Irvine/CTV News London)
During the knockdown, Loveland said there was a small explosion.

Thankfully, no one was hurt.

Most of the damage is concentrated at the back of the home.

The cause of the blaze is unknown, and fire investigators are now investigating.

There is no cost estimate for damages at this time.