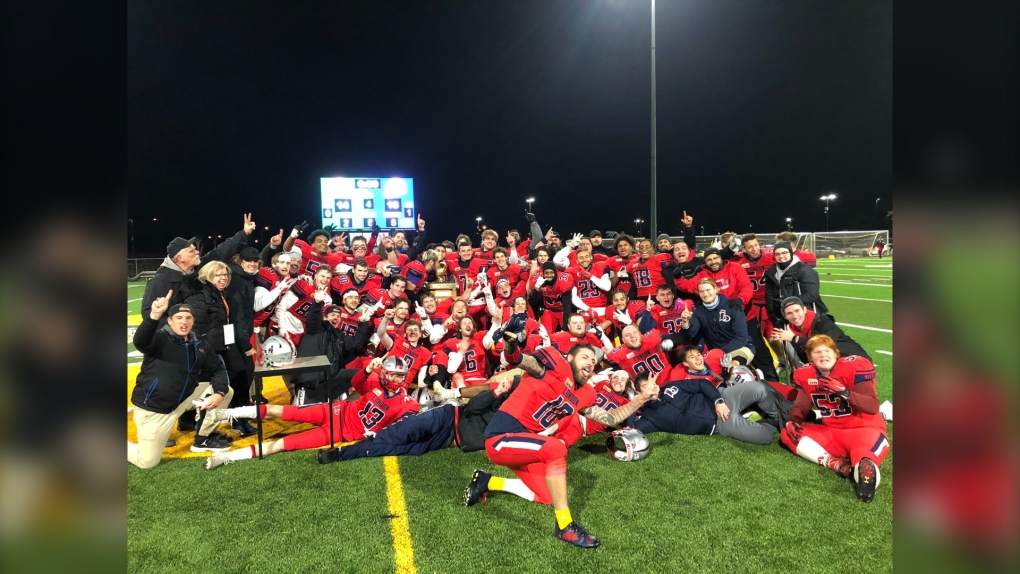 The London Beefeaters defeated the St. Clair Fratmen to make their first-ever appearance in the Canadian Bowl.

After trailing the Fratmen by 14 with just two minutes left in the game, London made a comeback to walk away with a 15-14 win.

The Fratment lined up to punt from their own 34-yard line, but a bad snap sent the ball over the head of kicker Jake Holloway and rolled all the way to the end zone.  Holloway tried to pick it up but couldn’t before Nick Samis pounced on the loose ball for a touchdown.

A quick two and out and the Fratmen punted the ball back to the Beefeaters with 1:06 to go.  Quarterback Clarke McCallum started the drive at the Fratmen 53-yard line.

After a 12-yard completion, he found Spencer Foster wide open in the middle of the field for a catch and run touchdown to tie the game.

On the ensuing kick-off the now stunned Fratmen would fumble the return giving the ball right back to the Beefeaters offence on the 18-yard line with 45 seconds left.

After winding the clock down, kicker Leo Centeno came on the field with two seconds remaining and punted the ball through the back of the end zone for a rouge and the comeback win for the Ontario Conference title.

The Beefeaters will now play in and host their first-ever Canadian Bowl on Dec. 4 when they welcome the Langley Rams.