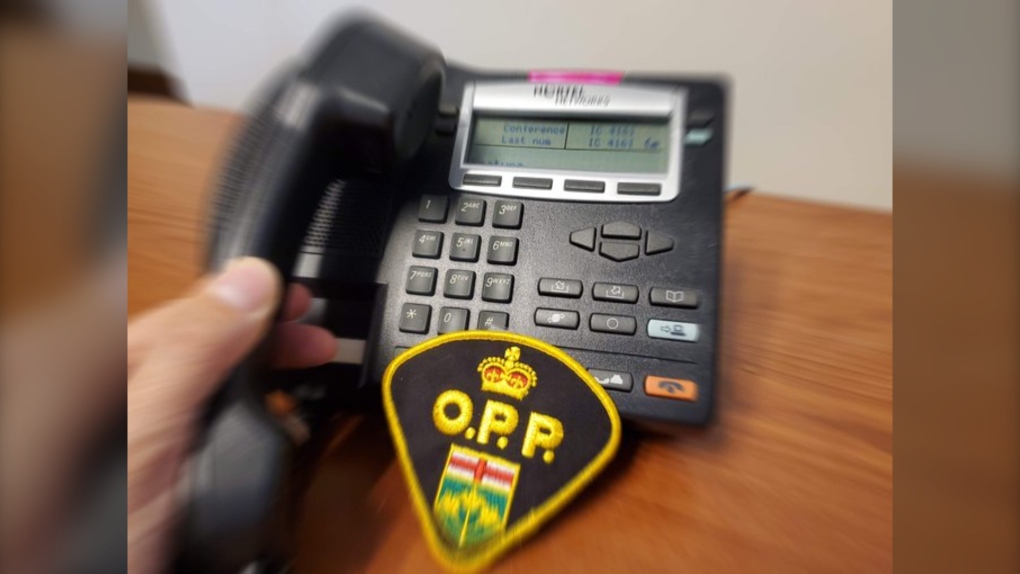 A photo of a person picking up a telephone with the OPP crest overlaid on the image. (Source: OPP West Region)

From Sarnia to Lambton County, local police agencies are warning the public Monday to not fall victim for something called the “grandparent” scam.

Scammers claim they are in police custody and are facing criminal charges, and then ask the victim to transfer them money for legal purposes.

The scam has been reported across other parts of Ontario, and both Sarnia police and OPP West Region said they’ve lately received multiple reports, with OPP writing on Twitter that Lambton County OPP had received numerous calls about the scam on Monday alone.

While people may have never heard of this type of scam before, Sarnia police say it’s not new and “has been around for many years” and that scammers take advantage of people by playing off of their fears.

“These scam artists may sound very credible but that’s what they do,” Sarnia police said in a press release.

Police ask the public to not engage with the scammers, including not giving them private information or money, and to hang up immediately.

“Have this discussion with the elderly in your life, don't let them fall victim,” OPP West Region wrote on Twitter.

One of the Liberals' two affordability-focused pieces of legislation passed the House of Commons on Thursday, with all-party support. It is now off to the Senate for further consideration.

Canadians driving more, but 74 per cent don't know they should update their insurance provider: survey

A new survey has found many Canadians are driving more with the return to offices and workplaces, but most don’t know they should be reporting this change to their insurance companies, which experts say could cause issues down the line.

The Toronto Blue Jays have the largest increase in average attendance at Major League Baseball games this year, when compared to pre-pandemic numbers, a statistic fans hope will help the team's playoff push on Friday when they take on the Seattle Mariners in a wildcard series.

McGill University says it is investigating one of its instructors who allegedly called for the death of people participating in anti-government protests in the streets of Iran in recent weeks.

Bank of Canada governor Tiff Macklem says more interest rate hikes are necessary to bring inflation down, despite some early signs of a slowing economy.