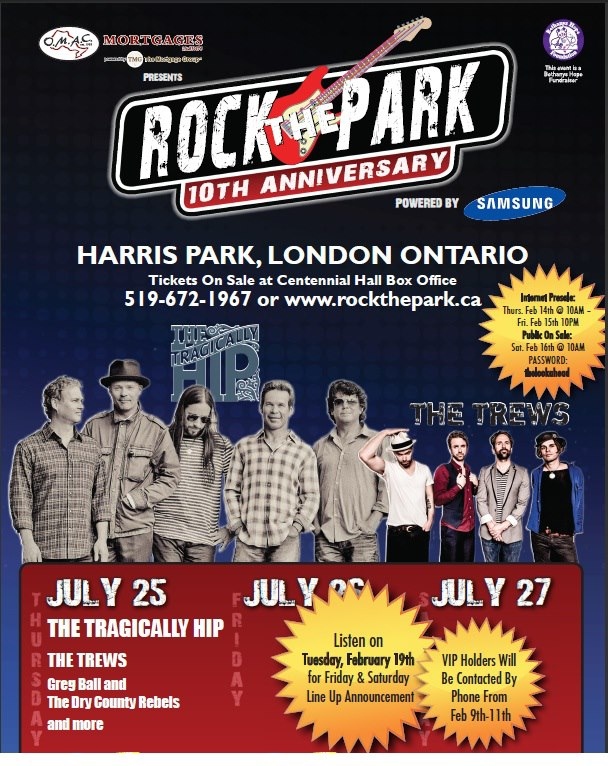 A promotional poster from rockthepark.ca for the festival in London, Ont.

More bands have been announced for the 10th annual Rock the Park festival in London this summer.

Canadian band Helix, with London's Brian Vollmer, will also take the stage on July 26, along with Platinum Blonde.

Lead vocalist and former Londoner Lawrence Gowan and his band Styx are scheduled for July 27.

The updated lineup was posted on the festival’s website rockthepark.ca on Tuesday.

Festival organizers already announced The Tragically Hip would perform on July 25. More announcements are expected soon, as there are still slots open.