PORT FRANKS, ONT. -- An elderly couple who cottages on Chicken Island off Port Franks every summer, is growing frustrated over a line in the sand drawn by Pinery Provincial Park.

They say their safety has been put at risk because the park won’t allow them to access their remote summer home by vehicle.

To get there they have to take a boat across the Ausable River, then traverse a sandy, hilly path for more than a kilometre.

"You can try to push something through the sand but you can’t do that. It’s just impossible, its way too hard," said Linda Simpson who lives at the summer residence with her husband Fred Clemmer.

They used to be able to drive their all-terrain vehicle in and out along a pathway, but now they face charges for operating a vehicle on the land. Frustration came to a head when their fridge broke down in May, during the peak of the COVID-19 pandemic.

Simpson said they asked to bring a new one in but requests fell on deaf ears.

"Do we come up through the park and take a chance on getting ticketed by the park for bringing in a refrigerator that they won’t even speak to us about getting in? They don’t even have the courtesy of responding to requests."

Clemmer said he ended up having to go out every day to shop for groceries when the provincial government was advising people to stay home as much as possible in an effort to flatten COVID-19 curve.

"I was going out every day into the stores risking getting sick and risking bringing it back to Linda, and the park had no sympathy at all. They didn’t care."

The couple, both now in their 70s, built their summer dream home in 2004 in what was then known as the Armstrong East subdivision. 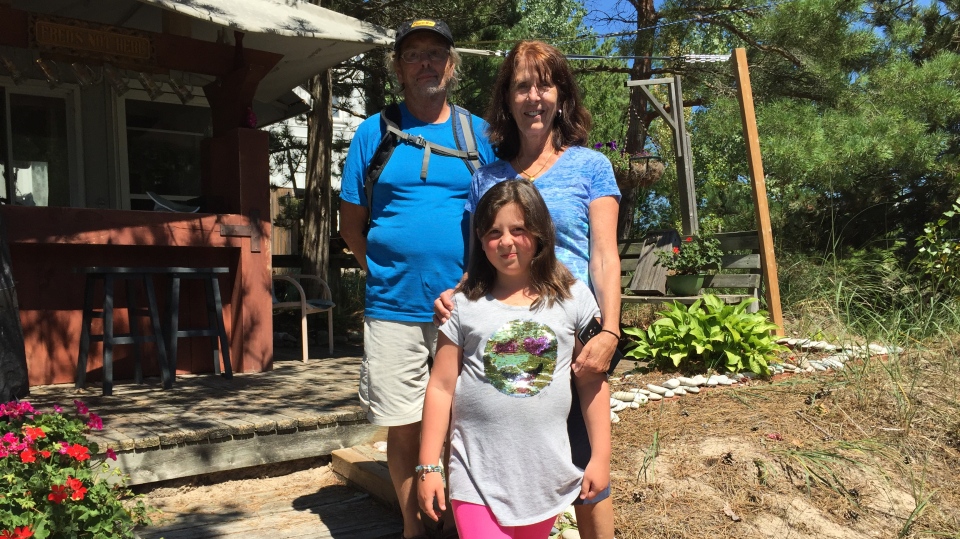 Subsequently, the developer that owned the land sold it to Pinery Provincial Park for $1.00. The Pinery then put the no motorized vehicle rule in place, leaving residents to hoof it through the undeveloped, sandy dune areas.

"I’d just like to find out how somebody can take away somebody’s road, and then tell you that you have to park at the end of your road and walk to your house."

One of the biggest concerns about living on the island is what happens when there’s an emergency. There’s no police, fire, or ambulance to respond. The only way in or out is by foot up and down the sandy dunes.

"We know things happen. We want to be able to get safely out of here." 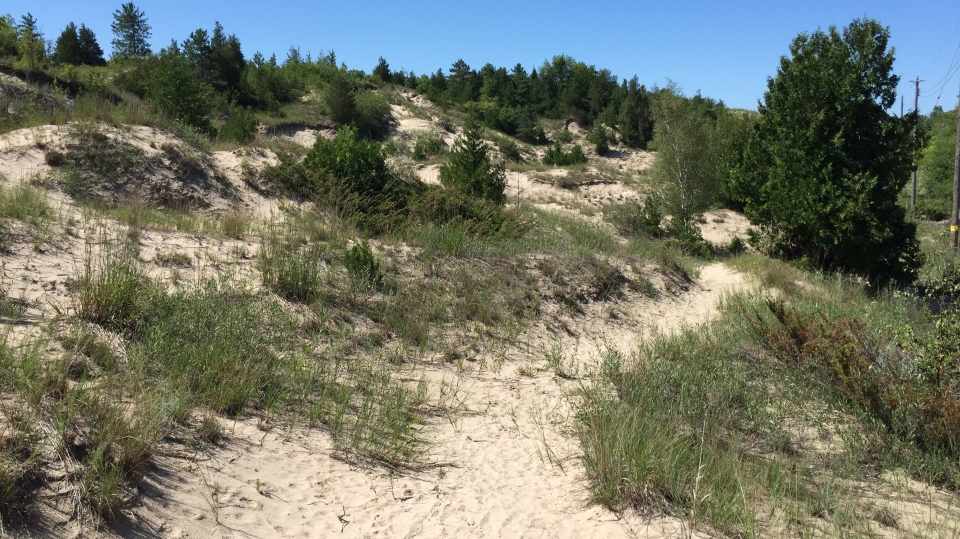 After several requests for an interview with the Pinery, the provincial Ministry of Environment, Conservation and Parks issued the following statement:

"Ministry of the Environment, Conservation and Parks is aware that there are residents and stakeholders with access concerns who are interested in the operation of motorized vehicles in the area of Armstrong East (Chicken Island), which is adjacent to Pinery Provincial Park. The ministry has developed and is currently implementing a process to provide authorization for temporary use of motorized vehicles on the right of way in the park for specific purposes, while maintaining environmental protections. Management of the lands for access is the responsibility of three jurisdictions including the Municipality of Lambton Shores, the Ausable Bayfield Conservation Authority and the Ministry of the Environment, Conservation and Parks. The ministry strives to balance environmental protection with recreation opportunities and will continue to work with local residents, the Municipality of Lambton Shores and the Ausable Bayfield Conservation Authority to maintain this balance in the area."