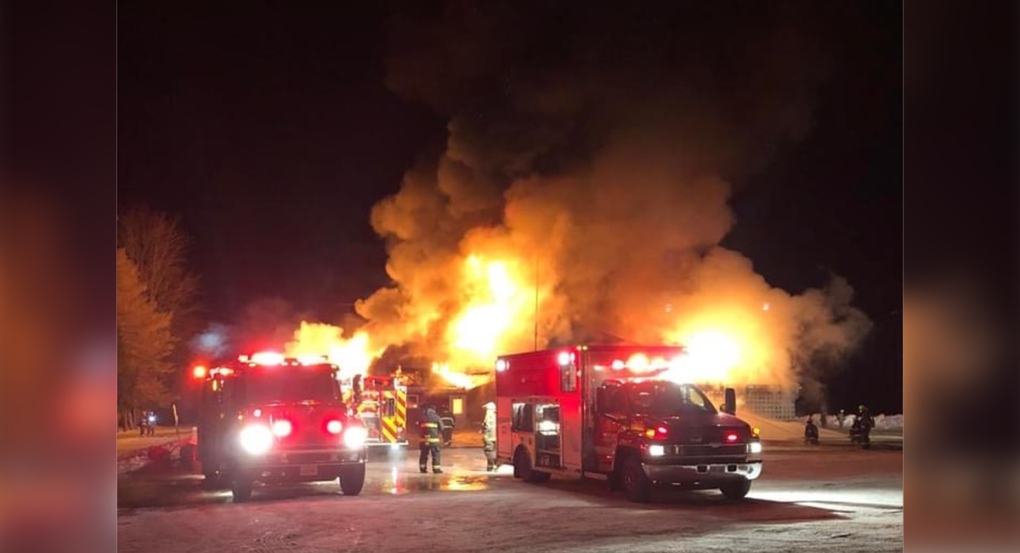 The Royal Canadian Legion Branch 586 in Hepworth, Ont. has been destroyed by an overnight fire.

Crews were called to the scene around 4 a.m. Friday to find the large building and hall engulfed in flames.

The fire was largely out by daylight, but the legion has been destroyed, along with war medals and memorabilia from local veterans.

The Hepworth legion was also home to the Bruce Grey Music Hall of Fame, and all of that memorabilia has been destroyed as well.

No one was injured although the frigid temperatures made it a difficult situation for local volunteer firefighters.

At its peak, 35 firefighters from across Bruce and Grey counties were on scene.

It’s unclear what sparked the blaze, but it is not believed to be suspicious.

Damage is estimated at $2 million.

Canada is committing an extra $1 million to help the international community investigate sex crimes by Russian troops in Ukraine. Foreign Affairs Minister Mélanie Joly said Canada would give the extra funds to the International Criminal Court to help it investigate sexual violence toward women, and also crimes against children.

Texas school shooting: What we know so far about the victims

Frustrated onlookers urged police officers to charge into the Texas elementary school where a gunman's rampage killed 19 children and two teachers, witnesses said Wednesday, as investigators worked to track the massacre that lasted upwards of 40 minutes and ended when the 18-year-old shooter was killed by a U.S. Border Patrol team.

Canadian meets her long-lost sister for the first time on U.S. morning show

During an appearance on ABC's Good Morning America on Wednesday, adopted siblings Hannah Raleigh of Chicago and Limia Ravart of Montreal met in person for the first time after an ancestry test confirmed the two are in fact related.

A fire in the neonatal unit of a hospital in Senegal has killed 11 newborns, President Macky Sall said. Only three infants could be saved.

The circumstantial evidence against Nathan Carman had been lying in plain sight for years before his surprising indictment and arrest this month on allegations he killed his mother at sea off New England in a plot to inherit millions of dollars.