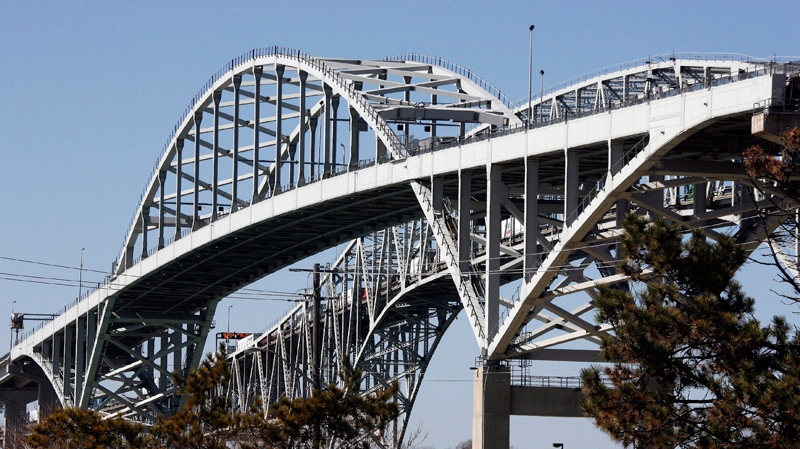 Emergency crews are searching the St. Clair River after reports someone may have jumped from the Blue Water Bridge Thursday morning.

OPP, EMS and fire crews responded to the bridge shortly after 10 a.m. after receiving a call that a driver had abandoned a vehicle on the north span and allegedly jumped into the St. Clair River.

Firefighters and uniformed officers from Lambton OPP and Sarnia police have been searching the shoreline of the St. Clair River.

Meanwhile the Lambton OPP Marine Unit is searching the water with the help of a U.S. Coast Guard helicopter.

The north span of the Blue Water Bridge handles westbound traffic from Canada to the Unites States. Traffic was briefly stopped during the investigation but has resumed.