The places where paid parking is required have been expanded in Port Stanley.

The Lake Erie resort community now has paid parking for most of its municipal lots.

Many who arrive at Port Stanley's Little Beach are a little taken aback when they see the parking signs.

"It's just one more thing that families who are already paying so much – cost of inflation and everything – it's one more thing we have to worry about now," says Amy Silva.

Silva is from London. She says she will normally bring her children to Port Stanley a couple of times a month during the summer. Tuesday was their first visit this year, "I understand, the Main Beach, paying for parking because there's a lot of different things to do there, restaurants and things like that, but this is it's own spot, it's small, it's mostly families."

Paid parking arrived at the Main Beach parking lot in 2014, but is now in place at most other municipal lots. The other change; a two-hour time limit for on-street parking in many areas.

Stevens says she does see some merit in the changes, and says other resort communities take the same approach, "If we want our village to be considered a resort village. If we want it to be thought of as prestige place to be, then you’re going to pay to play."

Municipal leaders in Central Elgin, where Port Stanley is based, have long contended there needs to be a user pay system. They argue that many people come from outside of the area to enjoy the summer fun, but local taxes have maintained the beach and many other amenities in town. Paid parking helps offset those costs.

Miranda bond sees it a little differently. She, and her four children, have come from Ingersoll and are renting a cottage. She says they are also supporting local business, like restaurants, while in town. Her biggest concern is also the fees at Little Beach, "For this to not be available to families, like myself, it's frustrating." 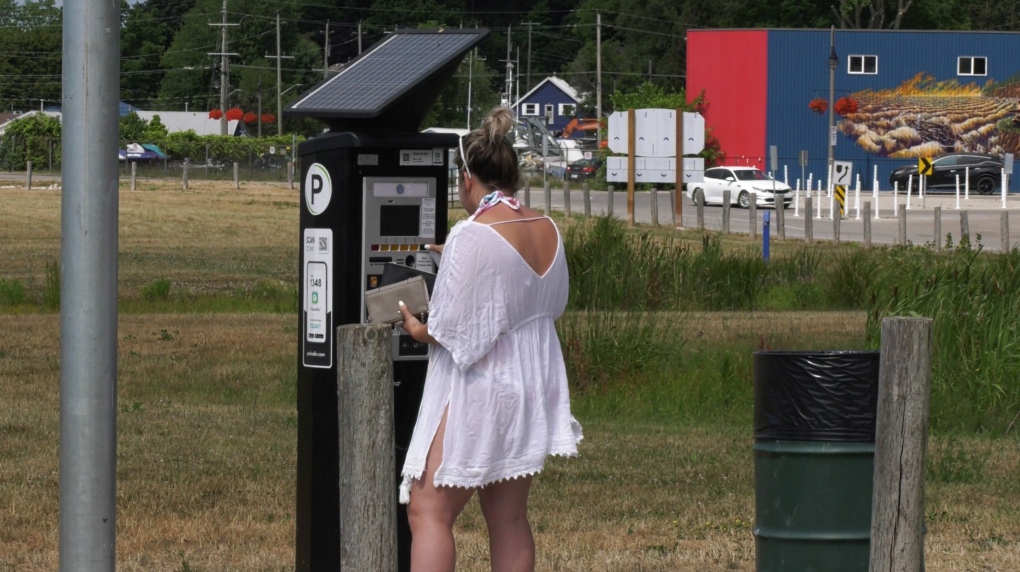 The other change this year, parking fines have increased. They have gone from $40 to $90 for parking illegally at beach lots, an up to $105 for overstaying your welcome in the two-hour parking spaces.

Stevens also notes that, to this point, the paid parking hasn’t seemed to have had any effect on the number of people coming to Port Stanley.

There is a yearly pass for those who visit Port Stanley regularly. It’s $100 plus HST.

For more information, you can visit here.

A series of unusual leaks on two natural gas pipelines running from Russia under the Baltic Sea to Germany triggered concerns about sabotage Tuesday, overshadowing the inauguration of a long-awaited pipeline that will bring Norwegian gas to Poland to bolster Europe's energy independence from Moscow.