One block of Richmond Street is about to transform into New York City.

CTV News London has learned the Apple TV series Improbable Valentine — based off the book The Changeling — will be filming in downtown London later this month.

“We are told they are going to film a movie on the block, and we are excited and looking forward to that,” says James Edwards, owner of AAHC Barbershop and Salon on Richmond Street.

AAHC and a few other businesses between Dundas & King streets on Richmond Street will be closed as they build, film and tear down the set.

“They are going to change the outside and change the signs and I was told it was supposed to look like the 70s in N.Y. scene,” Edwards adds.

According to neighbour Dave McCallum of NYC Stylz, his store will be closed Aug. 24.

“They are setting up rain towers for a big production and need to access the upstairs and downstairs of my shop,” says McCallum. 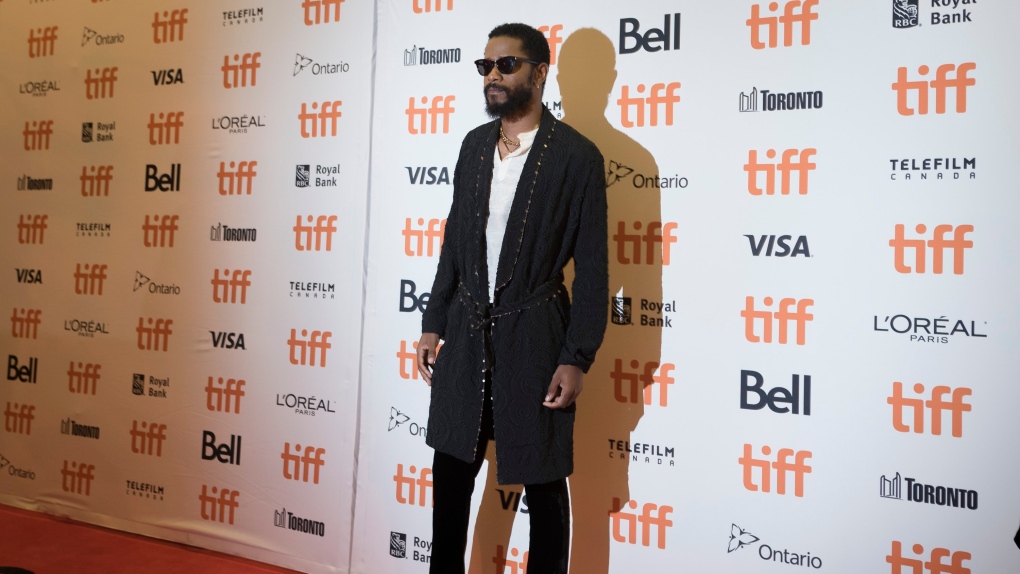 Actor Lakeith Stanfield poses for a photograph on the red carpet for the premiere of the film "Uncut Gems" during the 2019 Toronto International Film Festival in Toronto on Monday, September 9, 2019. (THE CANADIAN PRESS/ Tijana Martin)
The fairy tale horror series features LaKeith Stanfield, who starred in Straight Outta Compton, Get Out and Knives Out.

Filming of the series began back in April and is expected to last into September. Some other locations include Toronto, New York and New Jersey.

Photos of production in those other cities have popped up all over social media.

Andrew Dodd of Film London says his office is tracking a few productions right now, and credits the city’s creation of the film office, which is starting to see results.

“There's lots of moving pieces here and nothing certain until it's certain, so I can't nail any specifics down at this point,” says Dodd. “But we know they're looking in that they're interested and it could be it could be a big deal for London.”

Major television and film productions like Taken, Scary Stories to tell in the Dark, The Boys and See have been filmed in Elgin County, but London hasn’t been host to many big name series.

James Edwards of AAHC Barbershop and Salon will have to close his business for a few days this month as an Apple TV production is taking place in front of his store on Richmond Street in London, Ont. (Brent Lale/CTV News London)
“It’s not something that London is used to seeing, so when something does come, there is an excitement about and they reach out to our office because they want to know more,” says Dodd. “It gets people talking because we're not a Toronto or Hamilton where there's productions on the street every single day.”

Edwards is looking forward to the finished product.

“I want to see what the movie actually looks like,” says Edwards.

He adds, “I’d like to see how my shop fits in and stuff and hopefully, you know, maybe they'll have some opportunities to be extra something. Maybe we might get a chance to be in the film.”

The series is expected to air sometime in 2023.