Aren Page is living self sufficiently.

"My van is actually a complete integrated off-grid system," says Page, whose journey can be seen @ArenPage on Instagram.

"Essentially it's apartment on wheels and it's all solar. Everything comes from my solar array on the roof, three 100 watt solar panels and it powers my entire system. I water filtration, fans, LED lights, a fridge-freezer combo and outlets to plug in and charge."

As an engineer working remotely in California, Page was able to complete the van himself using the website Appropedia, and a do-it-yourself book called To Catch the Sun.

The book was co-authored by Western University Professor Joshua Pearce, who partnered with Lonny Grafman.

"It's a book that teaches people how to create solar photovoltaic systems for themselves," says Pearce, a professor at Ivey Business School and Western Engineering. 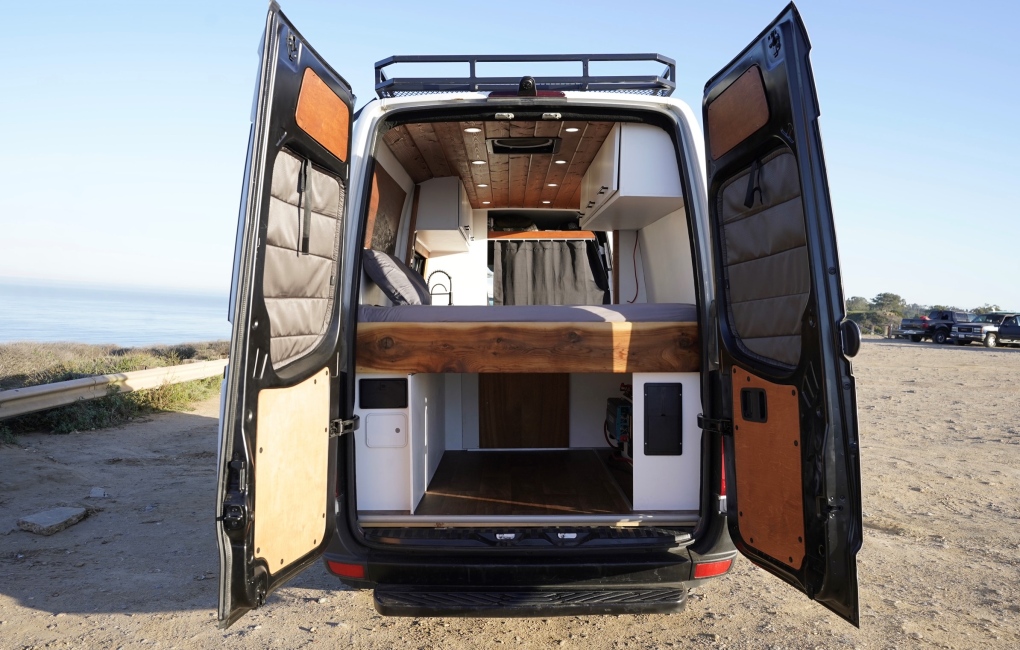 Aren Page of California built a solar-powered van as a DIY project. (Source: Aren Page)Pearce says in a single afternoon, you could get enough knowledge to build your own starter solar system.

"If you've never worked with electricity before, maybe you want to start with something really small, like solar charging your iPhone," says Pearce, who estimates that can be done for under a couple-hundred dollars.

"After you kind of get an understanding of it then you can start doing bigger and bigger projects and eventually buildings, houses, farms."

Pearce says solar prices are coming down and this is the best time in decades to act.

"For example, a business may need 10 kilowatts," says Pearce. “The going price is around $3 per watt so that's a $30,000 investment. Many small businesses just don't have that kind of capital, so what the book shows you is how you can radically reduce that capital by installing the system in chunks, kind of as small little building blocks and doing a lot of the work yourself to eliminate more than half of the cost."

Using Kickstarter for this project, they managed to get 440 backers, which doubled their fundraising goal.

The $20,376 allowed them to offer a digital version for free on their website.

"You can have an unlimited resource at your fingertips," says Page. "So if you don't have much capital, you can get your start right there."

To Catch the Sun features design-and-builds for dozens of DIY photovoltaic systems, including: