'It feels like a ghost town': Police presence at CCH after alleged threats made in graffiti

'It feels like a ghost town': Police presence at CCH after alleged threats made in graffiti

There was a police presence at Catholic Central Secondary School (CCH) in downtown London, Ont. Friday after an alleged threat was discovered on a bathroom wall.

“It feels like a ghost town, like there’s almost no-one there, you kind of just feel like...I don’t know, it feels strange,” explained Tsun-Rubio.

Police were brought in after graffiti was discovered in a washroom Tuesday and Wednesday, indicating an alleged threat to students and staff that was to take place on Friday. London Police Service Const. Sandasha Bough told CTV News London officers were stationed at CCH for the entire school day.

“The threat was made by way of property damage, and we can say that there has been an increased police presence in and around the school throughout the day,” said Bough.

Students appeared to be taking the threat as seriously as anyone.

“Kind of an attitude of a semi-lockdown,” said grade 12 student James Bell. “You know, we’re not allowed to go to the bathroom, we’re stuck in class,” he added.

“I think you always have to take it a bit seriously, even if it’s, you know, not likely,” said grade 13 student Brandon Wood. 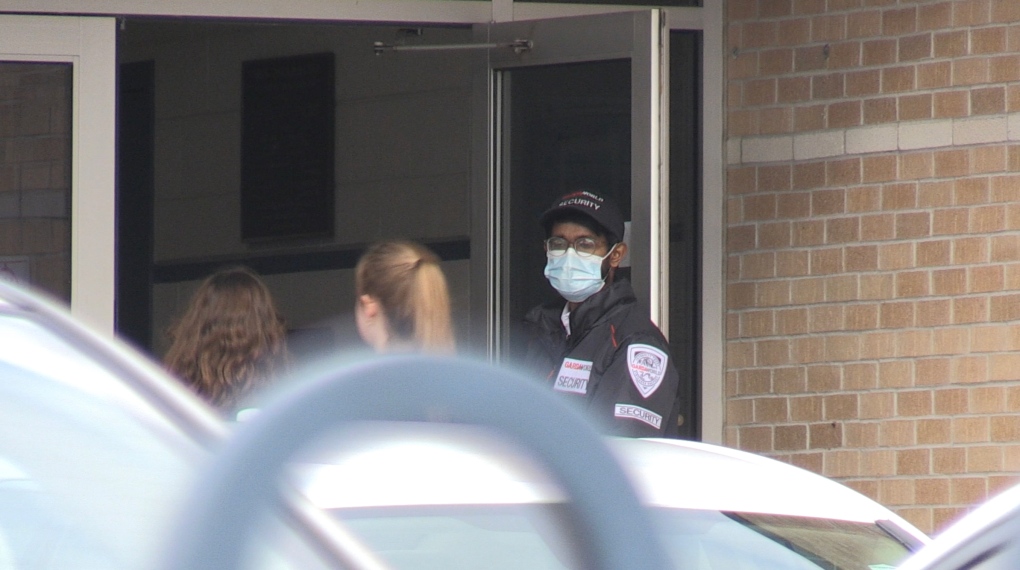 In a letter to families and staff, CCH principal said, in part:

“Please know we take these threats very seriously and involve the police immediately. We also hope that if you are hearing anything from your child regarding this incident or any other that may compromise the safety of students and staff, please contact administration.”

It added, “I would ask that families refrain from speculation or circulating rumors, especially those that may appear online.”

According to the London District Catholic School Board, about half of the students at CCH were absent Friday. However, a spokesperson added that the board does not keep track of the reasons why students are not at school.

This threat follows a number of similar incidents at schools throughout the region this year, including this past September when the Catholic Board was forced to close two high schools because of an alleged bomb threat.

Professor in the faculty of education at Western University, and a former public school board education director, Bill Tucker said there’s a parallel between the increase in school threats and mental health issues.

“There just seems to be a gap there in terms of students’ ability to resolve conflict appropriately,” said Tucker. “That kind of approach has to start right from junior kindergarten, all the way up through to secondary school. It has to be all these different interchangeable strategies to deal with mental health and behaviour issues.”

Police did not reveal the nature of the threat. Their investigation is ongoing.

“It just seems not normal,” he said. “It’s shocking really. I don’t know how to react to it, you know.”

The incident comes days after a stabbing incident at H.B. Beal Secondary School.