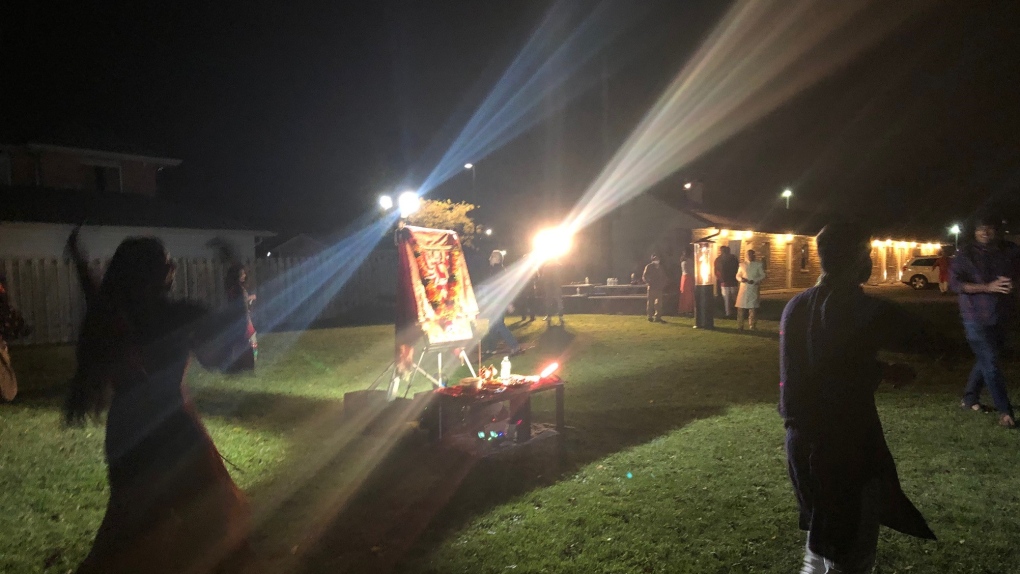 LONDON, ONT -- The Indian Culture of London celebrated its first night of Navaratri on Saturday evening in St. Thomas.

The festive of nine nights celebrated across India, has a rich history where people dance around the Hindu Deity, Durga, every night for nine nights.

The Deity, Durga, is known as a destroyer of evil and misery.

“We start with the worship, we do the worship around the Goddess, and then we do the dance in a circle,” says Nirali Mehta President Indian Culture London.

Usually the festival is held indoors but due to COVID-19 protocols, the festival this year is an outdoor affair, located at the backyard of a motel. People were asked to keep their distance during the tradition.

Last year thousands of people gathered to celebrate the festival, but this year the numbers were below twenty participants.

People will gather outside in St. Thomas until Sunday October 25.