LONDON, ONT. -- The petition by a ten-year-old London girl to change the name of Plantation Road has gained lots of support in the community but also lots of anger.

One of those speaking out in support of Lyla Wheeler’s petition is local recording artist and rapper Kwasi Ofosu.

“We cannot deny the fact it has ties to slavery, we can’t,” said Ofosu.

Ofosu, also known as KFT, is speaking out to support the name change of Plantation Road in London’s Oakridge community.

“The plantation and the history behind it was that my ancestors had to go through inhumane conditions, they weren’t even allowed to vote or to marry and even work towards their freedom,” he said.

Ofosu, whose family is from West Africa, says the word plantation makes him think about the history of slave trades and the brutality that took place on the plantations. 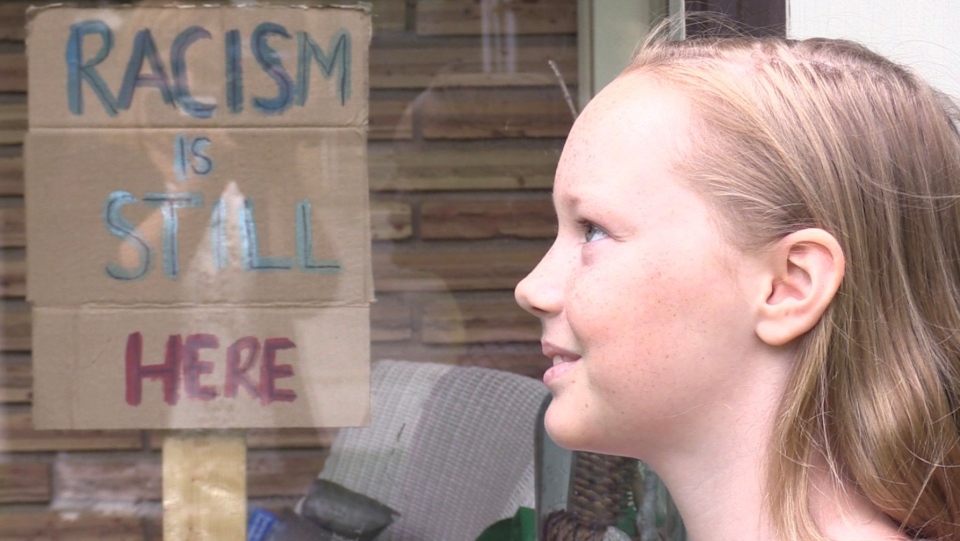 He is speaking out in support of the petition that Lyla started, asking city council to change the name of her street, which is called Plantation Road.

“I’m with Lyla Wheeler on this one because I have a personal connection on this and I feel those commenting should really educate themselves on the history,” said Ofosu referencing some of the comments Lyla has received on line since speaking with CTV News last week.

Since first appearing on CTV News her petition is creeping towards 3-thousand signatures of support.

However with the support came angry, sexist, and insulting comments online.

“To see and to hear the people who want to put her down and want to say you’re just a kid, just go play with a doll there’s no way you can have these thoughts, it’s frustrating and angering but it wasn’t unexpected,” said Lyla’s mother Kristin Daley.

That is why Ofosu wanted to speak out.

“When I saw the way they were attacking her, I was like, first of all you are grown people attacking a little girl who is not only trying to bring attention to such a worthy thing but you should be praising her because that’s what being Canadian is all about.”

Lyla for her part is not backing down as her petition continues to gain support.

“I believe in what’s right and I don’t think this street name is right,” she said.

As for Ofosu he says he’s hopeful city council will seriously consider the petition, and even if the street name can’t be changed, that at the very least this discussion will lead education.

“I don’t know if it’s that they feel ashamed or if they want to sweep it under the rug but I know that we can’t dismiss this fact, it’s very obvious.”