'He's Amazing': Neighbour gets three families out of burning homes

LONDON, ONT. -- A man is credited with awakening the sleeping residents of three homes impacted by a fire.

The blaze broke out at 3:15 a.m. Tuesday in a large townhome complex located at 700 Osgoode Dr.

Ange Senese tells CTV News London he had just awoken to let his dog out when suddenly he heard a noise.

Senese turned around and saw fire shooting from a neighbour's townhome unit across the street. 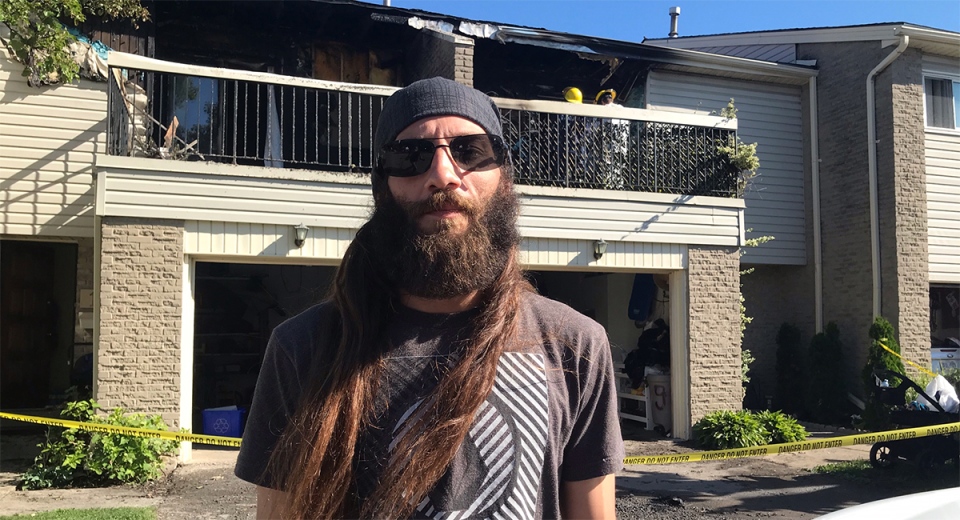 He says he then ran quickly ran back into his home and yelled to his mother, Michelle Senese, to call the fire department.

As Michelle did that, Senese ran first to unit 98. He says he banged twice and was about to kick the door when a woman holding a baby answered.

He charged in to help get others out and encountered a man on the second floor.

“He was getting water in a bucket to throw it on the fire and I just said, ‘It’s too late, we have to get out of here now!’”

In the end, Senese helped get a man, woman, and two children safely out.

Through a slightly open door, he ran through the smoke and determined there was nobody inside.

But in actual fact, the four people there were - at the same time - escaping out another door.

One, Czeslaw Jodlowski, says he awoke to the panic of banging and smoke.

“About three o’clock in the morning, we don’t know what’s happening. We go outside and see fire, smoke.”

As Senese cleared unit 100, he looked up at the blaze.

“By the time I came out, it had grown probably 10 times in size. It just kept multiplying and multiplying.”

With the spread of the fire, he next headed back to unit 96 to make sure its residents got out.

In the end, that third unit suffered little visible damage. 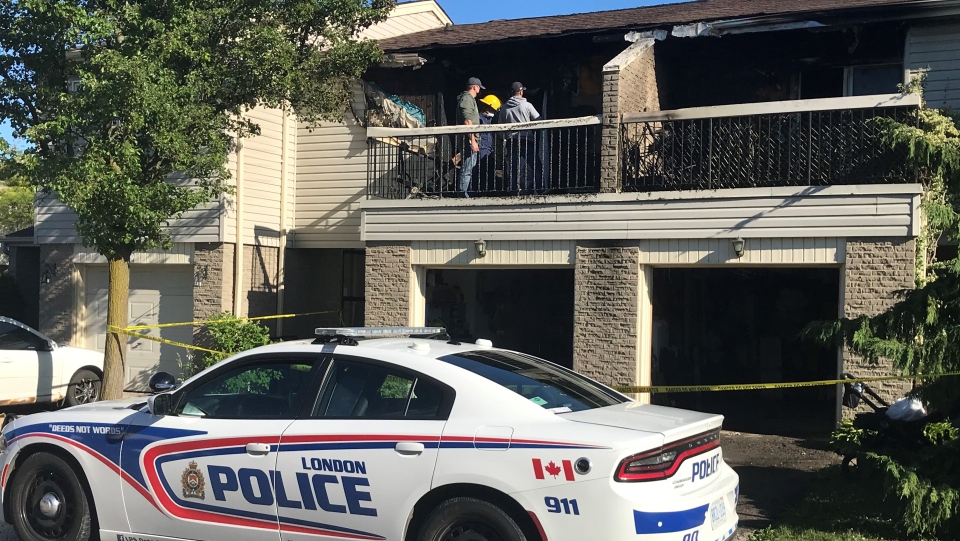 Investigators go through the scene of a multi-unit townhouse fire in London, Ont. on Tuesday, June 15, 2021. (Sean Irvine / CTV News)

Still, he says the fire and another on Madison Avenue in London Monday are a solid reminder to ensure smoke alarms and carbom monoxide detectors are powered and working correctly.

Fire inspectors and police are working on a cause, but Shewell says, at this point, it does not appear to be suspicious.

“For now there is nothing here to indicate anything out of the ordinary. It’s a routine investigation with our partners.”

It’s a difficult loss, but Shewell says not as difficult as what could have been.

“It’s a good news story here, neighbour helping neighbour and no injuries to our firefighters or anyone involved in this tragic situation.”

“(Senese) is amazing," a neighbour told CTV News off-camera, as many gathered to survey the damage Tuesday morning.

Senese says he only did “what anybody would have done.”