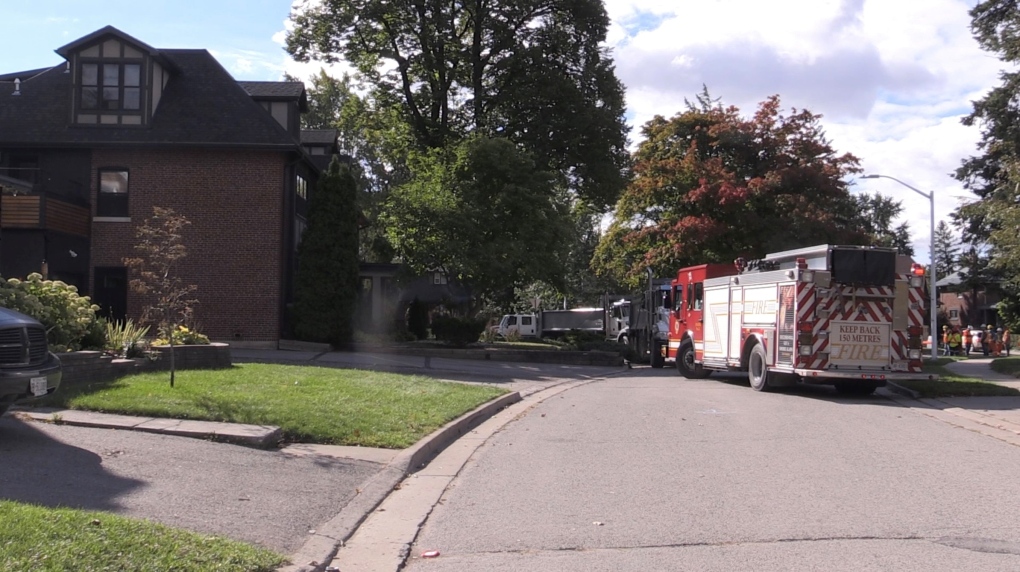 A ruptured gas line required neighbouring homes on Windsor Crescent in London to be evacuated for a short time on Thursday morning.

Just after 10 a.m. the London Fire Department and Enbridge Gas responded to a construction site on the residential street.

A loud hiss could be heard from a block away as gas escaped into the air.

Enbridge shut off the gas so residents could return to their homes about 45 minutes later.

There were no injuries,

Help will arrive at the children's hospital in Ottawa next week as it continues to see "unprecedented volumes" of young patients suffering from respiratory viruses.

As Musk is learning, content moderation is a messy job

Since the world's richest man paid $44 billion for Twitter, the platform has struggled to define its rules for misinformation and hate speech, issued conflicting and contradictory announcements, and failed to fully address what researchers say is a troubling rise in hate speech.

Peel police are searching for a murder suspect who was last seen running away from a Mississauga gas station.

The British government is looking at bringing in the military to help keep public services running if key workers, including in the state-run National Health Service, take strike action, the chairman of the governing Conservative Party said on Sunday.