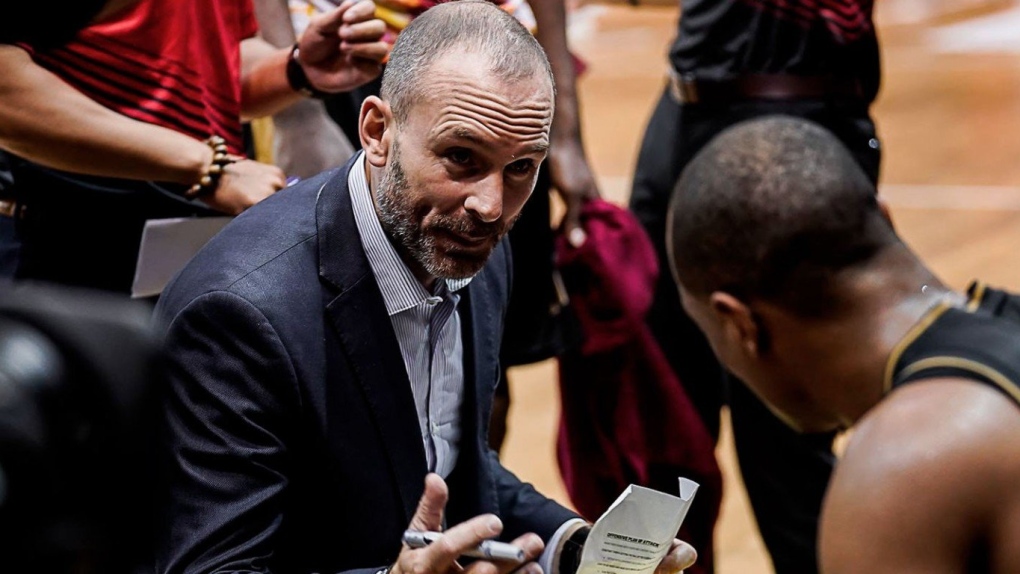 LONDON -- From Canada, to Vietnam, to Taiwan, and back to Canada, it's been quite the adventure over the past three years for basketball coach Kyle Julius.

The former head coach of NBL Canada's London Lightning will be returning to his home country this summer. He’s been announced as the general manager and head coach of the Canadian Elite Basketball League's (CEBL) Fraser Valley Bandits.

"We are ecstatic to get back to Canada. I think the CEBL is special and I want to coach in Canada because basketball is booming at every level back home," Julius, 40, said Friday via video chat from Taiwan.

He isn't the only one excited. Management of his new team is getting an elite coach with a track record of winning and developing players.

"As British Columbia’s professional basketball team, we are constantly looking for ways to grow and improve, and today we have added a tremendous piece -- one that immediately takes our team to another level,” Bandits vice president Dylan Kular told CEBL.ca

The last time Julius coached in Canada he made history in London. In 2017 the Lightning recorded the best record in league history (46-7) as part of a season that culminated with Julius winning an NBLC Championship and Coach of the Year honours.

"I love the NBL Canada because it gave me my opportunity. I would not have done anything in coaching if it wasn't for that league," Julius added.

However, he is excited about the potential for the CEBL. Julius says it was difficult to convince Canadians to stay and play in the domestic league, but that sentiment is changing. Since the Fraser Valley announcement, he’s been reconnecting with former players.

"Every player and Canadian I have a relationship with has sent me a message to say they are interested in playing there this summer,” he said. “It's a testament to the league and the direction it's moving in." 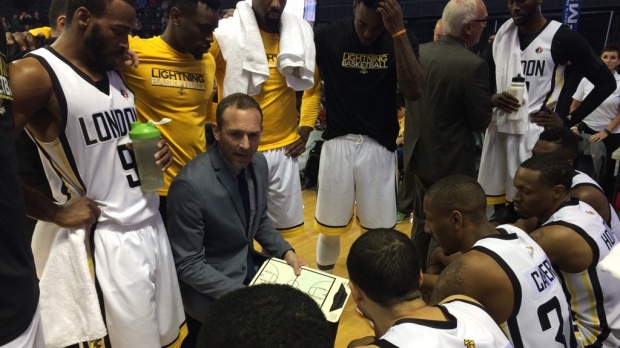 Earlier Friday, Julius spoke with CTV London about his basketball adventure, and life 12,000 kilometres away from his family.

What is the quality and style of basketball in Asia?

The ABL is a 10-team International league. Every time you go on a road trip it's to another country which is crazy. Because of that, each team has a unique style of play by the way the country was brought up on basketball. The viewership and sponsorship in each country is big, so the three import players we get will be high quality.

The problem is the locals are at a lower level. It makes it tough to coach because you will have three really high level guys on the floor, and then some lower level guys.

How tough is it to coach with the language barrier?

I'm struggling here in Taiwan because seven of my players and my assistant coaches don't speak English. I have a translator on my hip at all times and I have to speak slowly. In the heat of the timeouts, and in battle it's really hard because I don't know if everything is being translated accurately. The whole experience has forced me to have more patience, and be more calm.

How much did being away from your family influence your decision to sign with Fraser Valley?

The time difference here is 13 hours, and my family will be coming out west as soon as school is out.

Ultimately I want to coach at the highest levels in the NBA, Europe or with the Canadian National Team. I took the job with Fraser Valley because it is in the summer time, and I think it's headed in the right direction.

I'd return to Asia but only if my family can come with me.

Your former assistant coach in London Doug Plumb is now the head coach with the Lightning. What do you think of that hire?

When Doug and I were there we had a historic year. If he brings that approach, commitment to the game and work ethic to the court, they'll have a successful year. Guys will like playing for him because of his ability to build relationships, and the time and energy he puts in the game.

What is your opinion on the differences between the CEBL and NBL Canada?

I have such an affinity for NBL Canada. I go around the world and I tell people how good the level of play is, especially from year one to now. The difference between the CEBL and the NBL Canada is not the level of play, but it seems no one knows about NBL Canada. They have never made it a priority to market themselves, or showcase themselves around the world or even in Canada. The CEBL has. They have not only committed to marketing but the growth. They have university players on every team, which I think is a great idea, and they are in smart markets.

The CEBL wouldn’t be around if it wasn't for NBL Canada. One day when the book is written about both, it will be an interesting story. NBLC has given a lot of people a lot of opportunities, and no one in basketball in Canada can say things negative about the league.

Can both domestic leagues survive?

The NBL can survive if they commit to growth as a whole, if not it will struggle. CEBL is run by fantastic people who put the league first, which I think is special. That is no knock on NBL Canada, both leagues are special, they just do things completely different.

The CEBL's television deal … is great. The league is owned by the same people and you know there is going to be stability there, and it should last.