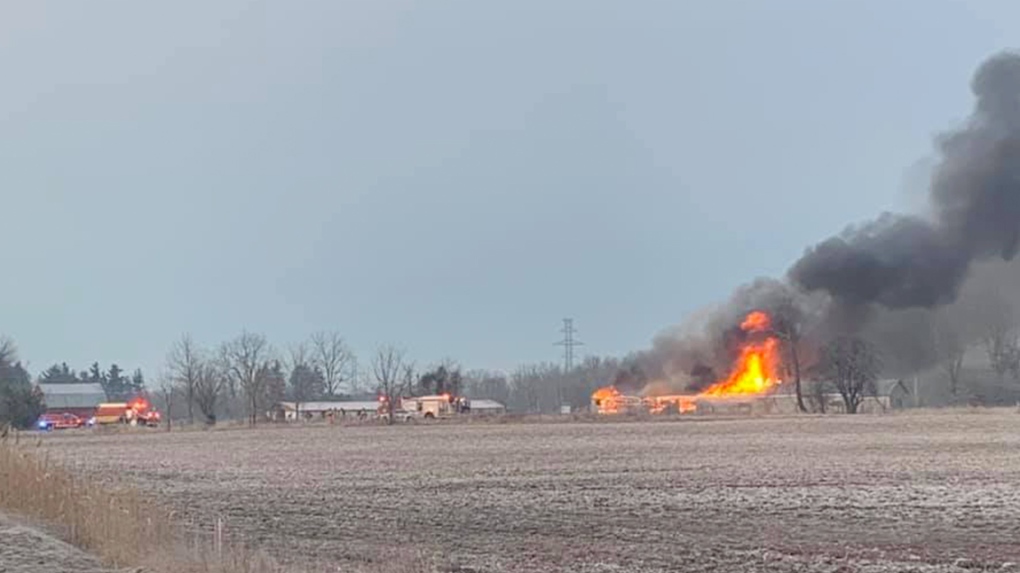 Fire crews work at the scene of a barn fire in London, Ont. on Wednesday, March 11, 2020. (Source: Holly Harrington)

LONDON, ONT -- Members of the London Police Service Street Crime Unit are now involved in the investigation into a barn fire in southwest London after it was deemed suspicious.

The barn at 4195 Bostwick Rd. went up in flames just before 8 a.m. Wednesday morning sending smoke billowing into the sky.

No one was injured in the fire but the barn, along with several vehicles inside, was destroyed.

The Ontario Fire Marshall’s office has been notified and will be investigating along with London police. 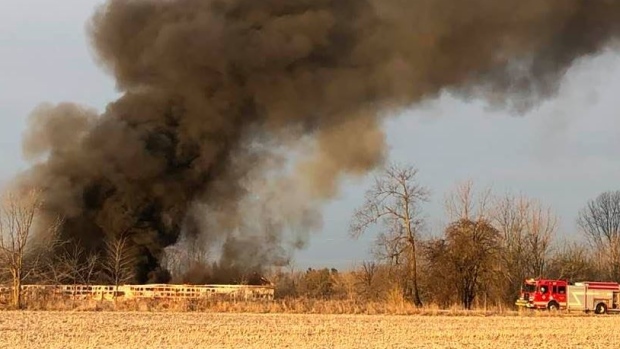 While the fire has been deemed suspicious police have not said what has led them to that conclusion and an official cause has not been released.