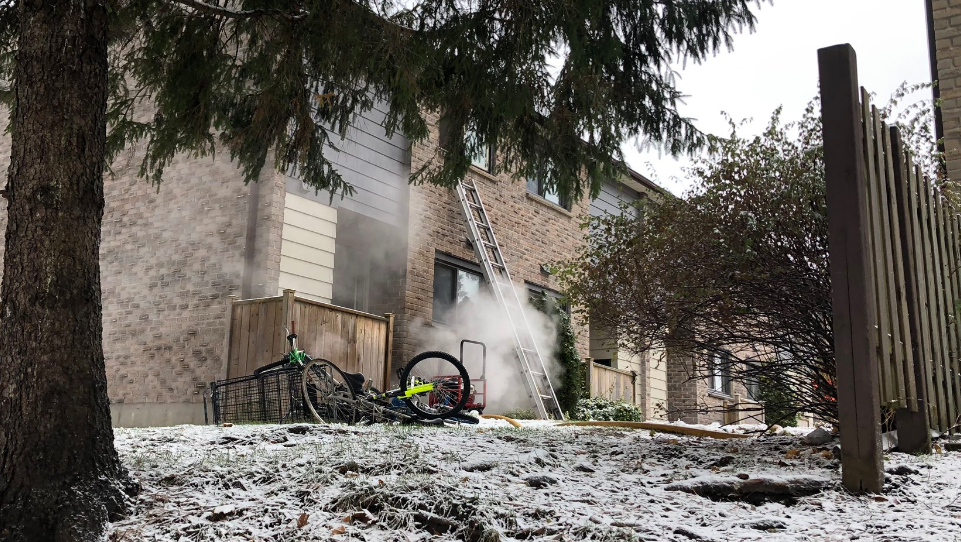 It broke out around 9:30 a.m. in a complex on Summit Avenue near Oxford Street.

It's not clear how it started, but black smoke was billowing from the basement as fire crews arrived.

No one was hurt despite early concerns that someone was trapped inside.

There was a large presence of firefighters as crews worked to prevent the fire from spreading to other units in the complex.

No damage estimate has yet been made available and an investigation into the cause is underway.

Fire crews battling a fire at a townhouse just off Oxford Street at Summit Ave. pic.twitter.com/JEEynBfDQH