BRUCE COUNTY, ONT. -- If you wanted to go for a hike during Grey-Bruce’s 48 hour stay at home request, you’ll have limited options.

Despite increasing trail use during the pandemic, Grey County, the Saugeen Valley Conservation Authority, even the Bruce Peninsula National Park, have temporarily closed their trails and lands, while the Grey-Bruce Health Unit deals with a massive COVID-19 case surge. 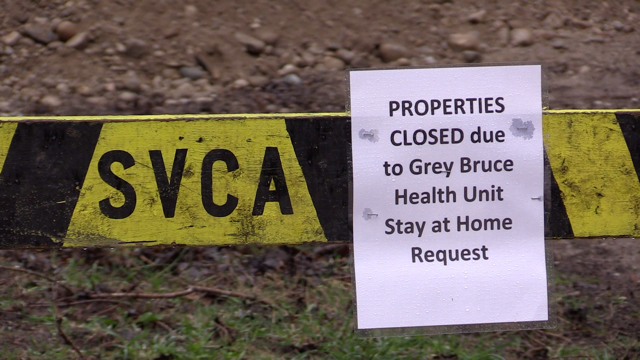 Closed trail in Bruce County, Ont. on April 16, 2021 because of a stay-at-home request by the Grey Bruce Health Unit. (Scott Miller/CTV London)

“It seemed to us that we had to do as much as we could to limit people’s exposure to other people. In doing so, it’s more a sense of community, over the individual,” says Jennifer Stephens, general manager with the Saugeen Valley Conservation Authority.

More than 139 new cases this week, making it Grey-Bruce’s worst week of the pandemic by far, prompted the health unit to ask the public to stay home for 48 hours, unless it was absolutely necessary to go out.

Many businesses voluntarily closed their doors. Kincardine’s downtown, as an example, was practically a ghost town Friday morning, as most businesses shut their doors until Saturday.

“I have a real estate deal that’s supposed to close, it can’t because I can’t certify funds, because the banks are closed. The banks have voluntarily said we are going to keep our staff at home,” says Grey County warden, and lawyer, Selwyn Hicks.

Huron-Kinloss has gone even further, putting a burn ban in place indefinitely to limit firefighters' potential interaction with the public. 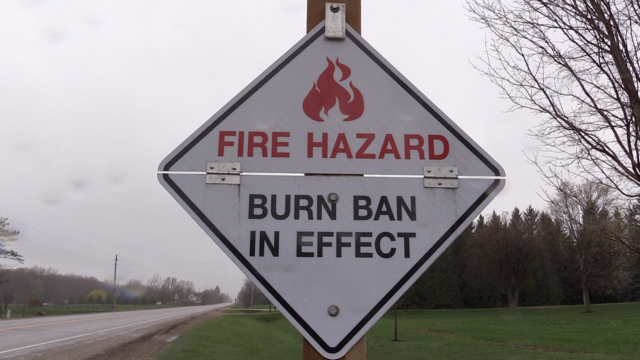 Dr. Ian Arra, Grey-Bruce’s medical officer of health, calls the public’s response heartening. Especially since most of the new cases this week can be tied back to people, especially in Eastern Grey County, breaking protocols, socializing, partying and then lying about their contacts.

“We’re quick in this area to blame outsiders and cottagers, but I think we need to look inward at ourselves, if we’re doing everything we can,” says Southampton pharmacist, Kristen Watt.

It’s hoped that some businesses will be able to reopen on Saturday morning, but that largely depends on how case counts and contact tracing of the more than 500 active high-risk contacts goes Friday.