Essential businesses permitted to be open include seasonal campgrounds: province 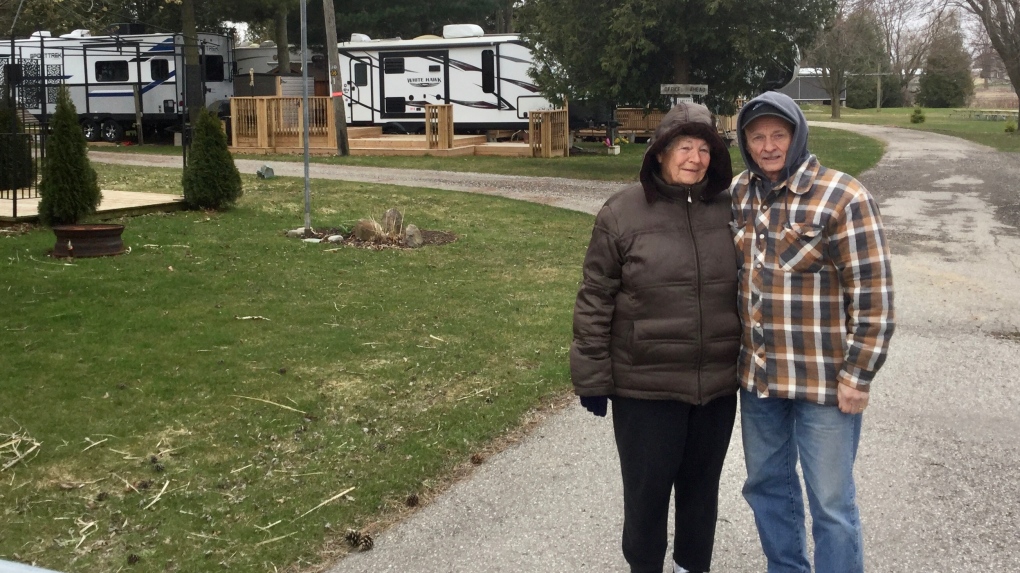 LONDON, ONT. -- The Ontario government has changed its mind about seasonal campgrounds, now saying they may remain open during the pandemic for residents in need of housing.

The change comes following a CTV News story about a couple, Larry and Donna Johansen, who recently returned from Florida and realized they wouldn’t be allowed to stay at their trailer home near Ingersoll, as campgrounds were deemed non-essential.

“Our government is aware of situations where snowbirds that spend part of the year in Ontario but don’t have a permanent Canadian address have been unable to access campgrounds where they would normally stay,” says Minister of the Environment, Conservation and Parks, Jeff Yurek.

“We have amended the order specifying essential businesses that are permitted to be open during this emergency to include seasonal campgrounds,” Yurek says.

But the government says campsites are provided only to individuals who do not have another residence in Canada and are in need of housing during the emergency period. There is strict criteria to follow.

As well, shared facilities such as bathrooms and recreation rooms will remain closed and only trailers and RVs with utility service will be permitted.

That’s good news for the Johansens.

Many people have reached out to them, including other snowbirds returning from Florida. They have had offers to have their trailer moved as well as invitations to stay in strangers' home.

Larry Johansen says he is contacting some of the people who have reached out to him and weighing options.

A list of essential workplaces and information about them, can be found here.

'An especially tough time': Feds rolling out targeted COVID-19 help for some sectors

Interactive: Which benefits am I eligible for during the COVID-19 pandemic?

What to expect if you're getting tested for COVID-19

'No fast way back to normal': How some European lockdowns are easing already

Who is getting the virus, and what comes next? B.C.'s latest COVID-19 modelling data unveiled

Ontario reports most COVID-19 deaths, cases in a single day

As millions of workers apply for help, mothers-to-be say they can't get CERB