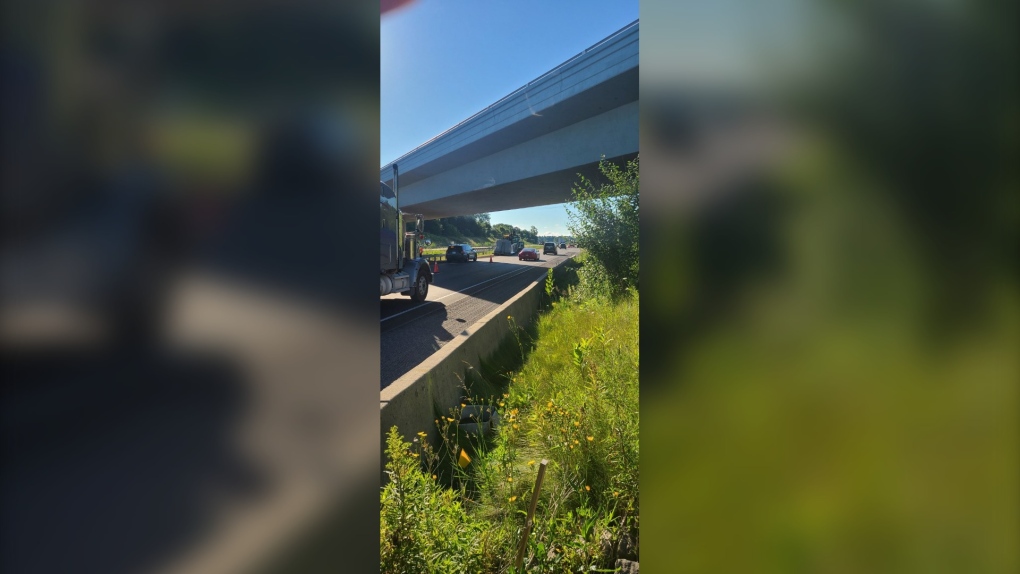 Middlesex OPP are investigating a single vehicle crash involving a dump truck on Highway 402 near Strathroy.

The truck hit a bridge overpass in the eastbound lanes of the highway at Adelaide Road just east of Glendon Drive Tuesday morning before 8 a.m.. The westbound lanes were not affected.

There were no injuries.

Shortly after 10 a.m. Tuesday, OPP announced that the eastbound lanes had reopened to traffic.

Ontario woman sexually assaulted by Jacob Hoggard says she is suing him for $2.8M

The Ottawa woman who former Hedley frontman Jacob Hoggard is convicted of sexually assaulting says she is now suing him for $2.8 million.

Videos of protests in Iran leak despite internet bans

Videos of revolts and unrest started to flood the internet when Iranian protestors flocked to the streets in response to the death in custody of Mahsa Amini, a 22-year-old woman allegedly detained for wearing her hijab improperly.

Hockey Quebec says it has lost confidence in Hockey Canada and will not transfer funds to the national organization, while Tim Hortons and Scotiabank have extended sponsorship boycotts.

In the first footage of its kind, scientists captured the moment a pod of orcas hunted great white sharks in South Africa.

North Korea launched two short-range ballistic missiles toward its eastern waters Thursday after the United States redeployed an aircraft carrier near the Korean Peninsula in response to Pyongyang's previous launch of a nuclear-capable missile over Japan.

A Texas death row inmate whose case redefined the role of spiritual advisers in death chambers nationwide was executed Wednesday, despite the efforts of a district attorney to stop his lethal injection.