When it is finished, London, Ont.’s bus rapid transit (BRT) will speed up commutes, but for now the growing maze of downtown detours is fueling frustration.

“There is no such thing as bus schedules with all this construction!” says bus passenger Sherri Fraser. “I give myself an hour and 15 minutes so I can get to work early, but the unpredictability makes it all the more difficult.”

Next week, navigating the core will get even more difficult when the intersection at Talbot Street and Queens Avenue closes.

The city decided to begin work on the intersection in order to compensate for delays experienced building other segments of the rapid transit system in the area.

City of London Director of Construction and Infrastructure Jennie Dann describes the network of century-old pipes and utilities discovered during excavation in the area as “spaghetti.” 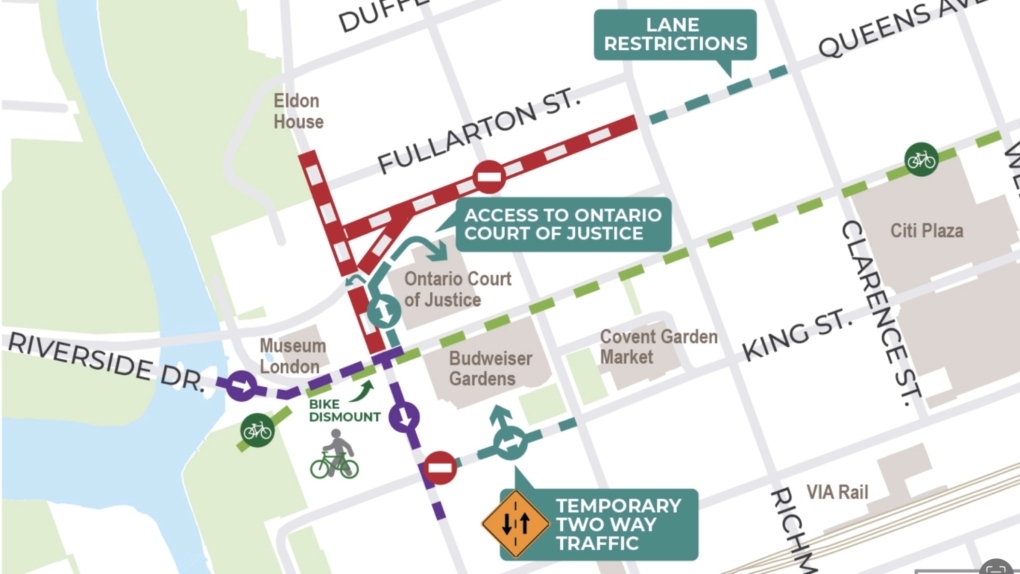 “There are sections that have run into some challenges,” Dann explains. “We've been able to pivot and adjust with the changes we're making now, bringing some sections forward.”

London Transit warns the closure will impact 19 of its bus routes.

“With that additional amount of traffic and buses all utilizing Richmond, that is likely to result in delays which will mean further schedule adherence issues,” says London Transit Commission General Manager Kelly Paleczny.

Closing the intersection will block traffic in both directions on Talbot, and detour westbound drivers to either York or Horton.

“We are really pushing forward with the work on Ridout Street, so we hope to have that opening up closer to Halloween,” adds Dann. “There is a little bit of an overlap [with Talbot and Queens] and we really appreciate Londoners patience.”

The intersection closes on Oct. 3 and is anticipated to reopen in mid-December.

Paleczny explains that adding extra buses to impacted routes isn’t possible because of an ongoing shortage of bus drivers.

“We would normally add ‘tripper buses’ to help alleviate the crowding and scheduling on our busier routes, but given our restrictions with respect to resources, we just aren't able to do that this year,” she says.

A new report released by the Council of Canadian Academies says that if Canada protects and enhances its natural ecosystems, the country can cut an estimated 6 per cent of its current annual greenhouse gas emissions.