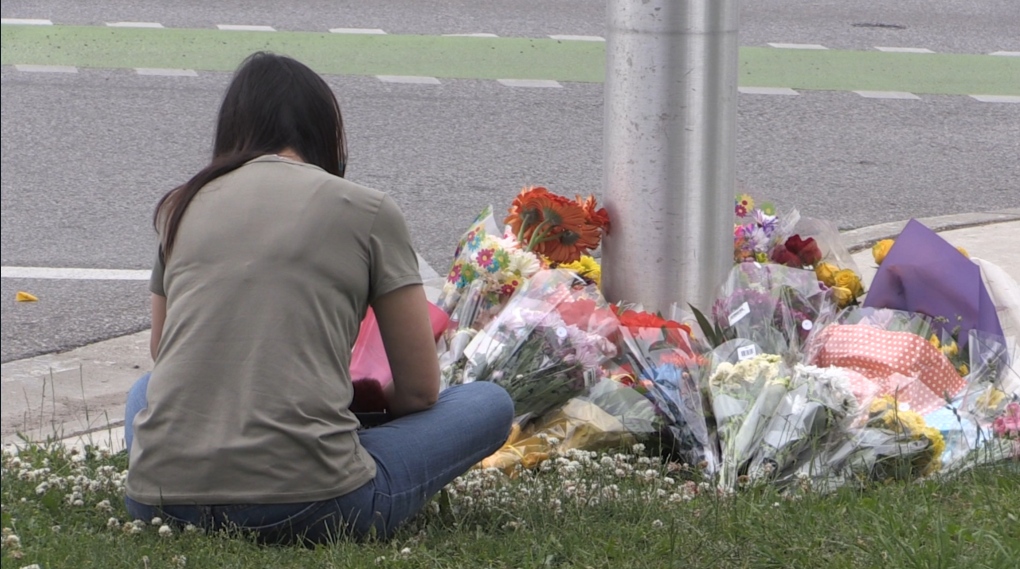 People from around the world are showing support for Fayez Salman, the nine-year-old boy who lost his family in Sunday’s horrific attack on a Muslim family in London, Ont.

Organizers say the money will go towards helping the boy in the future, along with a number of charitable causes in the family’s name.

GoFundMe organizer and family friend Sana Yasir says the boy, who suffered serious injuries, is in stable condition and being taken care of by an aunt and uncle.

She says she’s overwhelmed by the support shown by people who were touched by what happened.

“People all over the world from different races and religions all donating, and sending me messages about Fayez, and asking how he is, and they are all concerned and sending love and support. So it’s very very relieving to see that, how many people are standing by us during this time.”

Yasir says she began the campaign after being approached by a “large amount” of people asking how they could help.

The GoFundMe campaign can be found here. Another LaunchGood campaign has also been created.

As some pandemic benefits expire, feds to spend $7.4B on new programs

The federal government has announced a suite of changes to the popular income and business support programs put in place during the pandemic and set to expire on Saturday. Deputy Prime Minister and Finance Minister Chrystia Freeland reminded Canadians on Thursday that the measures were always intended to be 'temporary.'

Instead of issuing a singular federal national COVID-19 vaccine passport, the federal government says that each province and territory will be responsible for issuing a 'standardized pan-Canadian' vaccine passport that Canadians can use when travelling. Each province's system is supposed to have a 'common' look and feel, with the expectation that by next month all Canadians will have access.

The U.S. House voted Thursday to hold Steve Bannon, a longtime ally and aide to former U.S. president Donald Trump, in contempt of Congress for defying a subpoena from the committee investigating the violent Jan. 6 Capitol insurrection.

As he prepares to launch a new media company that will give him his own social media platform, former U.S. President Donald Trump has ramped up his efforts to rewrite history, spreading more lies about the 2020 election in November and the deadly storming of the Capitol in January.

A police superintendent in Jamaica told The Associated Press on Thursday that authorities have arrested a Colombian man they believe is a suspect in the July 7 assassination of Haitian President Jovenel Moise.

Travelling abroad: Experts say you need insurance before you go

As tourism resumes across much of the world, experts say purchasing travel insurance is necessary if Canadians want to stay safe and enjoy a trip abroad.

The federal government announced Thursday that Canada will receive 2.9 million doses of Pfizer’s pediatric COVID-19 vaccine shortly after its approval by Health Canada for the five to 11 age group.

U.S. officials allege Canadian race car driver and Instagram influencer Josh Cartu and his brothers ran a 'massive fraudulent' trading operation between 2013 and 2017 that appears to have helped fund Cartu’s lavish lifestyle through multi-million-dollar transfers to off-shore bank accounts in the Caribbean.