On Tuesday, the Community and Protective Services Committee (CAPS) discussed a motion directing civic staff to investigate options to address graphic materials being put inside mailboxes.

Recently, pamphlets containing images of aborted fetuses have been distributed throughout London neighbourhoods by the Calgary-based Canadian Centre for Bio-Ethical Reform.

Councillors have received numerous complaints, and last week a rally held outside city call called on the municipal government to act.

During the committee meeting, Councillor Shawn Lewis tried to avoid connecting the motion specifically to the anti-abortion flyers.

"I will always stand with women to protect their rights to reproductive freedom and choice, but I have to emphasize this is not the issue before us today," Lewis told the CAPS committee.

"To be clear, this motion is to look into graphic content in leaflets on any topic," added the motion’s co-author Councillor Elizabeth Peloza. 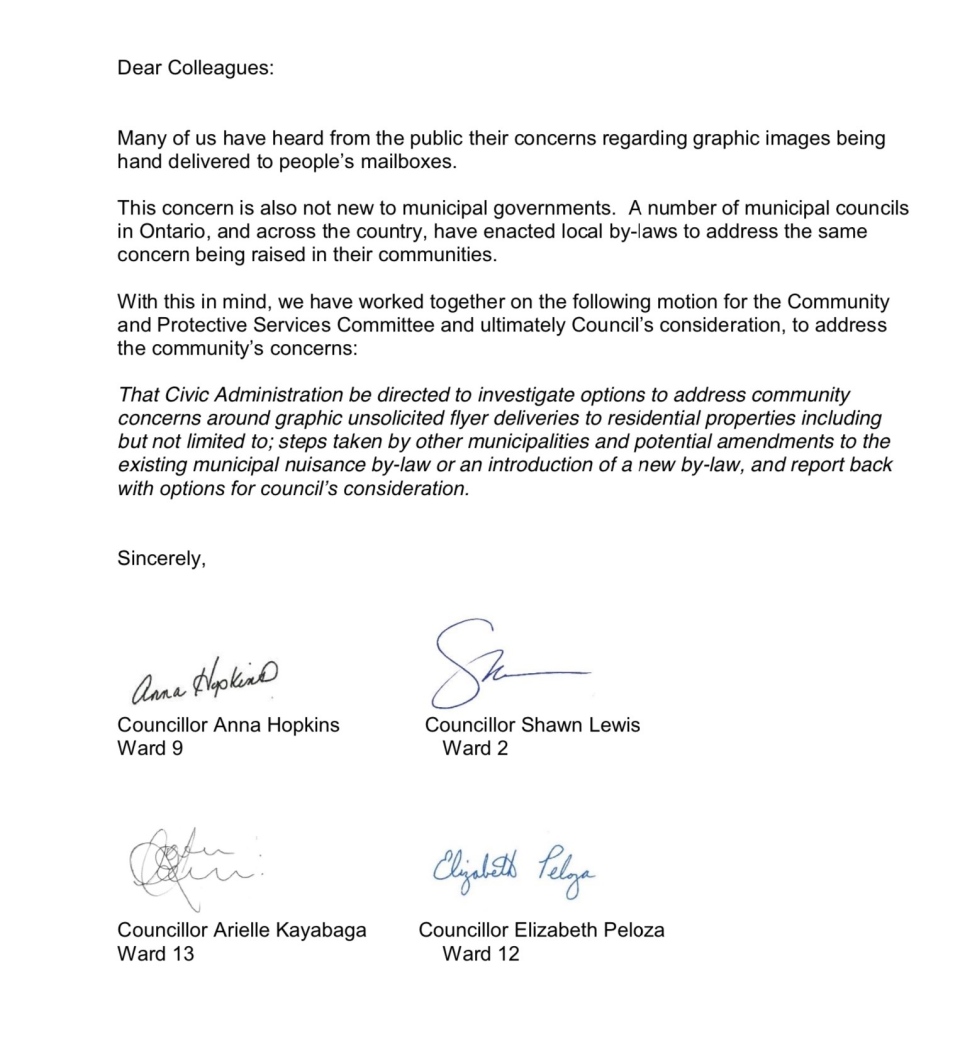 Council will be navigating a legal minefield after hearing several concerns that restrictions might infringe on people’s freedom of expression, no matter how abhorrent the images.

"We have to be impartial and objective in what we’re doing, and that is going to involve careful consideration of the law," explained Councillor Phil Squire.

But Councillor Lewis emphasized that the motion does not seek to break new legal ground or target specific groups or issues.

Lewis believes London can follow the lead of some other Canadian cities.

"There are some guidelines out there that we can follow," he added. "We can do this to address any sort of graphic flyers."

The committee unanimously (6-0) supported the motion which asks civic administration to report back with options to address graphic unsolicited flyers.

Council will discuss the motion at their meeting next week.