Community rallies together by the thousands to honour Afzaal family

Community rallies together by the thousands to honour Afzaal family

It was a Muslim-led community march to end Islamophobia and remember the Afzaal family.

“I am hoping this is going to lead to solid change,” said Hanni Shahatto, a former teacher of Yumnah Afzaal at the Islamic School.

As the crowd moved down Oxford Street from Oakridge Secondary School toward the London Muslim Mosque Sunday afternoon, Prime Minister Justin Trudeau was front and centre alongside members of the Youth Coalition Combatting Islamophobia (YCCI).

“It's really important that people understand that we have to fight against this type of hate, so that it doesn't happen again,” said Sofiyah Lawendy, a member of the YCCI.

In hopes of having their voices heard and making change for a safer future, YCCI met with Trudeau prior to Sunday’s events.

“We are not safe on the streets,” said Lawendy. “These actions have been taking up spaces, not only physical spaces with spaces in our minds and in our hearts. These hate crimes need to stop. Yumnah was a sister to us, and she was a part of our community.” 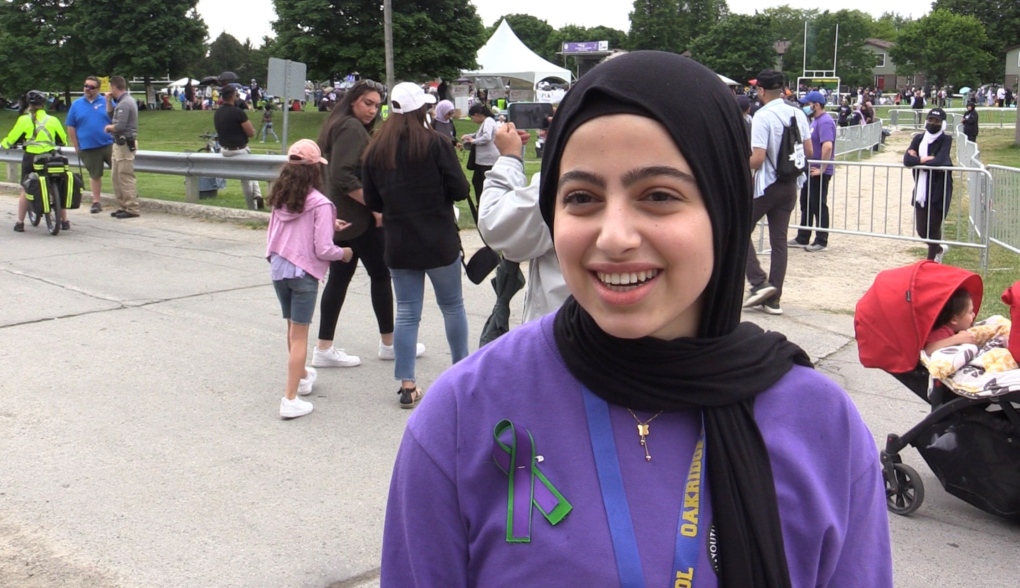 Sofiyah Lawendy, a member of the Youth Coalition Combatting Islamophobia (YCCI) was in attendance at the Our London Family march on June 5, 2022. (Brent Lale/CTV News)Lawendy is upset this was a family from her home city.

Members of the Muslim community were able to join the YCCI in their meeting with Trudeau.

“I believe he heard from the youth today that we really need them to show us the way to lead and empower us to on the ground to make positive change,” said Nawaz Tahir, chair of HIKMA.

“I really believe that he felt the grief, and the sorrow that they have, but how they've translated it into action plan,” Tahir added.

All of the events taking place Sunday and Monday were youth-organized.

They’ve also put together a June 6 education package for the Thames Valley District School Board. 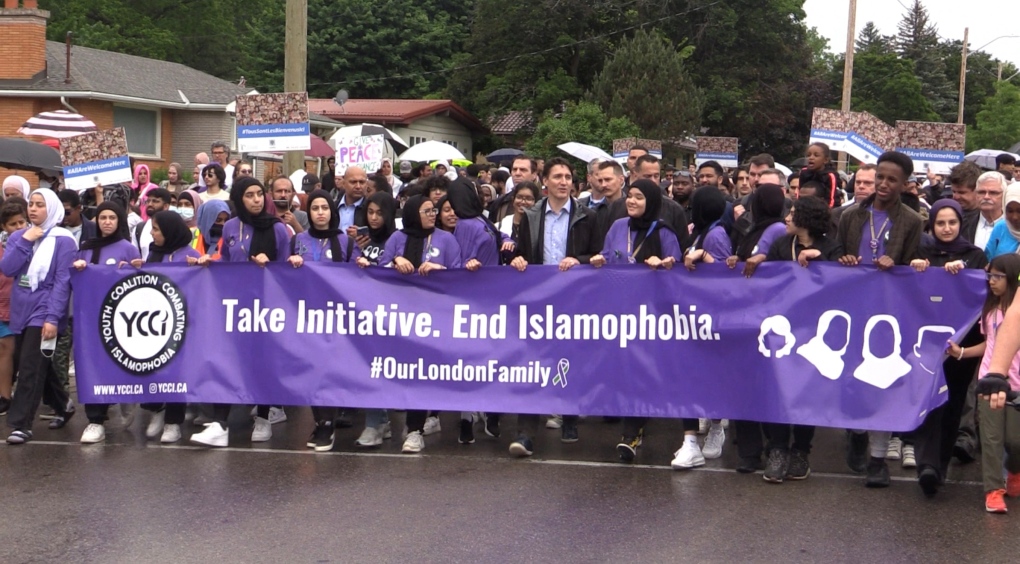 Thousands of people marched down Oxford Street on from Oakridge Secondary School to the London Muslim Mosque on June 5, 2022 for Our London Family events to honour the Afzaal family. (Brent Lale/CTV News London)The community wants change, but is also still grieving from the attack a year ago which police say was allegedly hate-motivated.

On Monday, the City of London will unveil a new memorial plaza and healing space at the corner of Hyde Park Road and South Carriage Road where the crash happened on June 6, 2021.

“Most of the goodness comes out of tragedy, and that's what we are trying to do. In London, Ontario,” said Dr. Munir El-Kassem of the Islamic Centre of Southwestern Ontario.

“At that site, where we witnessed tragedy, we can really reclaim that place for peace and coexistence,” El-Kassem added.

What the latest Bank of Canada rate hike means for inflation, consumers

The Bank of Canada hiked its key policy rate by half a percentage point to 4.25 per cent -- the highest it's been since January 2008 -- on Wednesday in its final rate decision of a year that has been marked by stubbornly high inflation and rapidly increasing interest rates.

National Revenue Minister Diane Lebouthillier is facing calls from Conservatives to apologize for suggesting that Tuesday's auditor general report indicating that billions of dollars in COVID-19 benefits went to those who were ineligible was influenced by political pressure.

A photo of a pet dog named Bob and a couple of accidental selfies helped investigators bust an international drug trafficking ring, which saw nearly $75 million worth of drugs stopped from hitting the streets of Australia.

There have never been so many renters in Canada, RBC report says

Royal Bank of Canada economists say the country has reached a record number of renters as the number of people renting has increased at three times the rate of homeowners in the past decade.

Putin calls nuclear weapons a tool of deterrence in Ukraine

Russian President Vladimir Putin on Wednesday hailed the annexation of Ukrainian territories as a major achievement and said his country's nuclear weapons serve as a tool of deterrence in the war that the Kremlin calls a 'special military operation.'

Polygamous leader had 20 wives, many of them minors: FBI

The leader of a small polygamous group near the Arizona-Utah border had taken at least 20 wives, most of them minors, and punished followers who did not treat him as a prophet, newly filed federal court documents allege.

Bank of Canada raises key interest rate to 4.25 per cent, its highest since 2008

The Bank of Canada has raised its overnight rate by 50 basis points to 4.25 per cent, marking its seventh rate hike in nine months. The last time the bank’s policy rate was this high was in January 2008.