'Clothing Collaboration': Entrepreneur and Artists bounce back from pandemic with joint project

NYC Stylz is a fixture on Richmond Row in London, Ont. but COVID-19 has taken its toll on long-time owner Dave McCallum.

Since the pandemic began, he's been forced to close his shop for five months, had a rash of break-ins, and even had to board up his store.

"I went back to selling out of my vehicle and delivering clothes out of my car like the old days," said McCallum, who has owned the business for 20 years.

While his doors were closed, a recommendation by Downtown London's Kathy McLaughlin led him to local artist Brad Biederman. Biederman painted a mural on the outside NYC Stylz, which started a trend of other boarded up facades turning into murals. 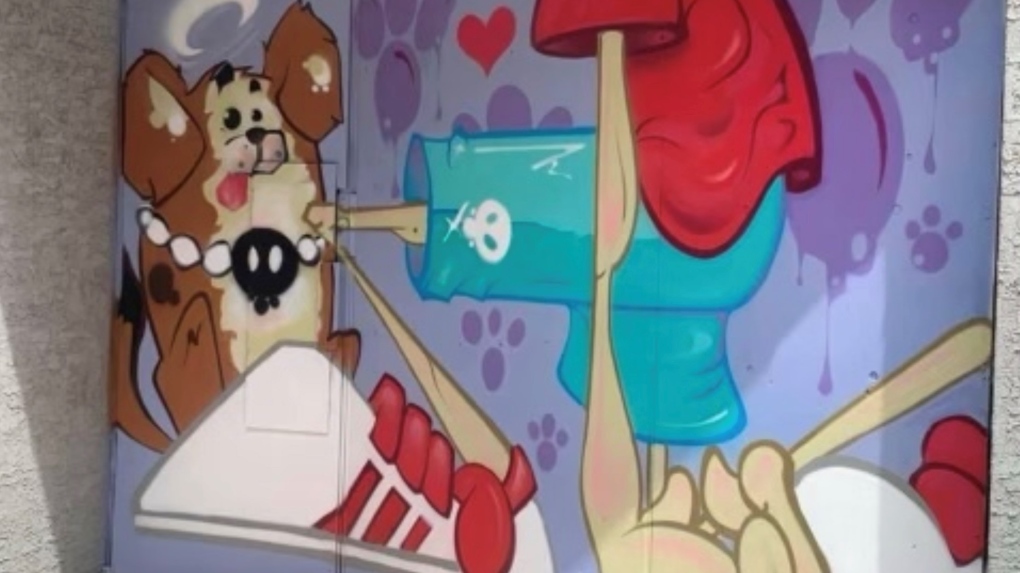 A year later, that collaboration has morphed into a partnership.

"It's like the artist meets the entrepreneur type thing and we can work together," said. McCallum, who has since purchased eight designs from Biederman and one from Fanshawe student Sarah Wing, and put them on t-shirts at his shop.

"This is a great way for me to promote my own illustrations as I don't really have any physical places to put my art right now," said Wing, a third-year graphic design student. "So this is the only place I can do it right now, other than on Instagram so this is great for me." 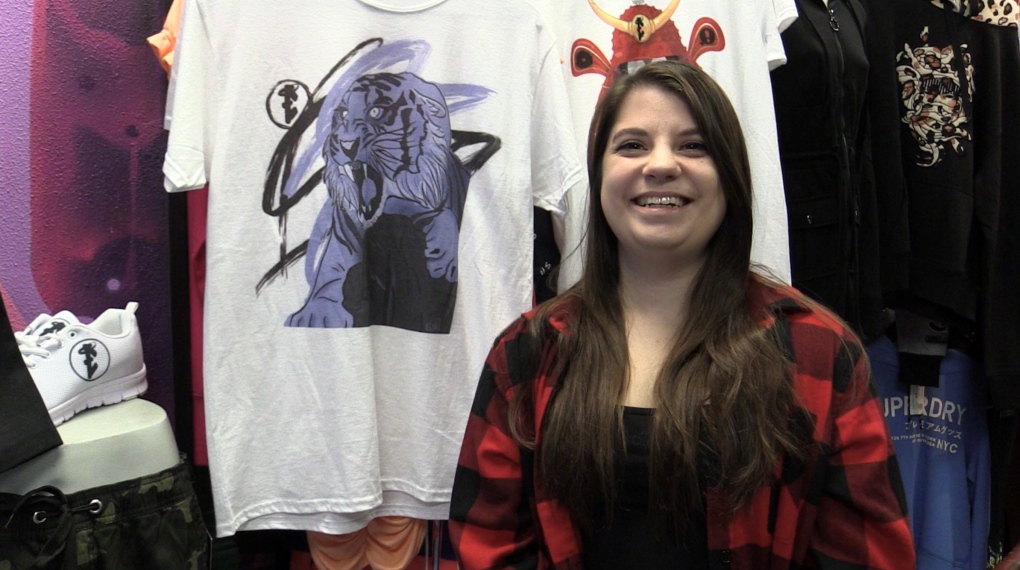 Biederman has mural artwork throughout London, but calls this “an honour,” adding, "This is a little embarrassing, but I have driven by the building just to see my shirt on a mannequin through the window, at least once or twice," said Biederman, whose Instagram handle is @wiingillustration.

The partnership is off to a great start, with shirts selling across Canada and orders coming from as far as Bermuda and Jamaica.

With a hip-hop and streetwear vibe, McCallum even had Biederman customize the interior walls of his shop.

"We wanted to brighten it up and we picked the right colors and the right teams and I let Brad basically do what he wanted on the inside of the shop," said McCallum. "I liked his initial design, and said 'let's go do it.” 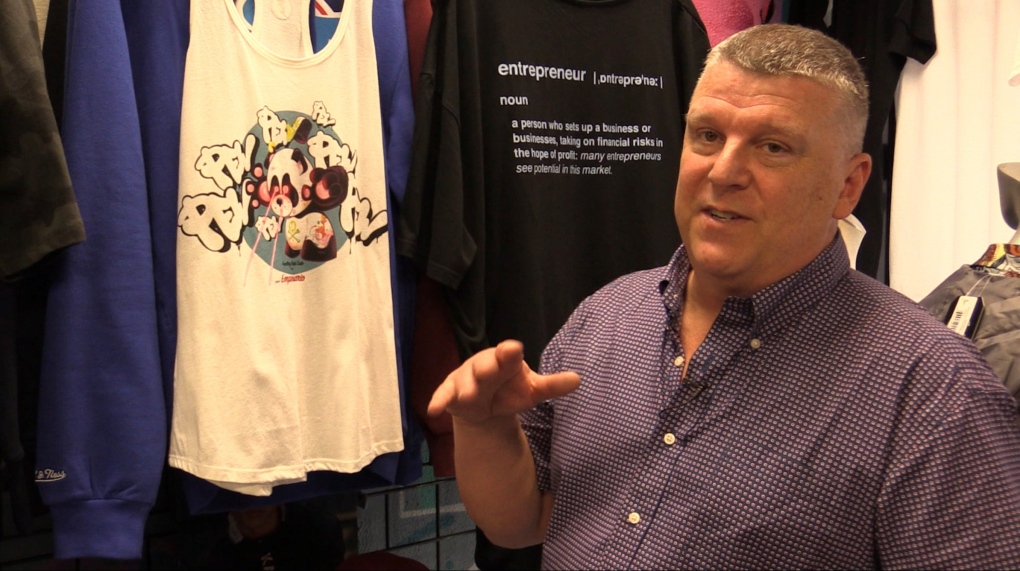 London Artist Brad Biederman, stands in front of one of the tee-shirts with his design on it at NYC Stylz in London, Ont. (Brent Lale / CTV News)During the pandemic, many freelance artists have been on opposite ends of the spectrum. Either they have no work, or more than they ever have.

"Myself, I've gotten more work," said Biederman. "More people have been interested in my prints, but on the flip side of that, being able to go out and find walls for graffiti has been a little tougher. I'm not very comfortable going into businesses and cold calling, so getting that type of work has been on the downswing for me."

Through tough times, the new collaboration has given a renewed hope after 20 years in business.

"It's actually given me a little bit of a spark because it made me feel like when I first opened the shop," said McCallum.