Charge laid after Pride flag vandalized and thrown in trash 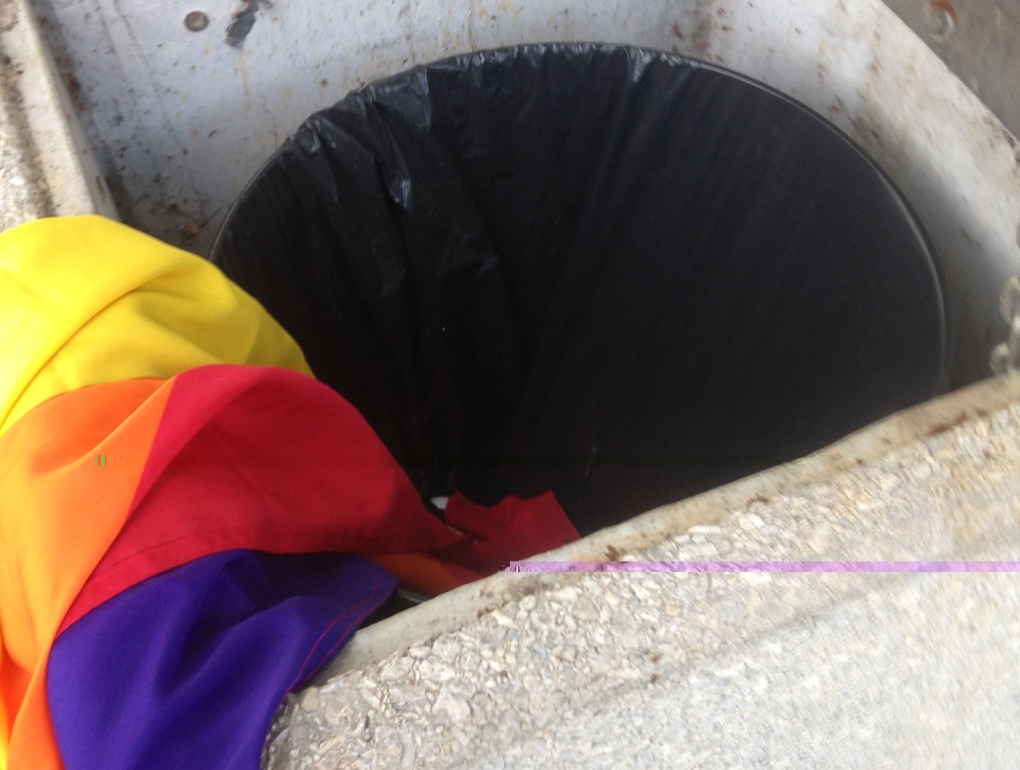 A rainbow Pride flag was ripped off its flagpole and dumped in a garbage can at a park in Ingersoll. (Kelly Walker)

An Ingersoll man is facing charges in connection with an incident which saw a Pride flag ripped off a flagpole and left in a garbage can.

The flag was pulled down Monday afternoon at the park at the corner of Thames and Charles streets in Ingersoll.

It had been erected both to mark Pride month and to honour the victims of the shooting in Orlando.

Local organizers said it was the first time the flag had ever been raised in the park.