After 14 years of decay, redevelopment of the former McCormick-Beta Brands cookie factory property at 1156 Dundas Street may be regaining momentum.

The developer has applied for several zoning amendments, but Michael Kaye says some of those changes would undo concessions he and other neighbours fought for seven years ago.

A senior lifestyle village rising in height and density towards Dundas Street was put forward by the developer in 2015, including repurposing the historic factory.

Kaye says two of the changes are of greatest concern: 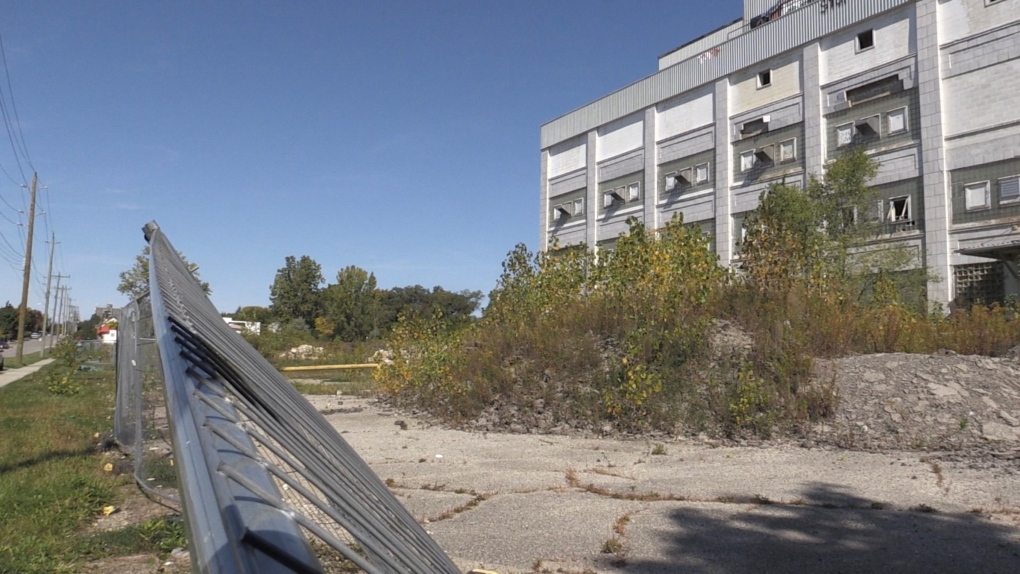 He believes the request reneges on the compromises reached seven years ago during public input meetings.

In their report to the Planning and Environment Committee, city staff support townhouses behind the existing homes, but not the taller apartment building.

“Staff are recommending that the current zone regulations for density and height are appropriate for the block and should be maintained,” the report reads.

The McCormick Area Secondary Plan that governs development in the area is seven years old.

It pre-dates approval of The London Plan, approval of the bus rapid transit route along Dundas Street, and the housing crisis.

Kaye emphasizes his neighbourhood is not opposed to development or density — it simply already accepted a plan for the site.

“If you look at this property and what was agreed to, I think it was an over reach of density to begin with, and I think if you look at the plan now, the density is still there,” he says.

The Planning and Environment Committee will make a recommendation before council reaches a final decision Oct. 17.