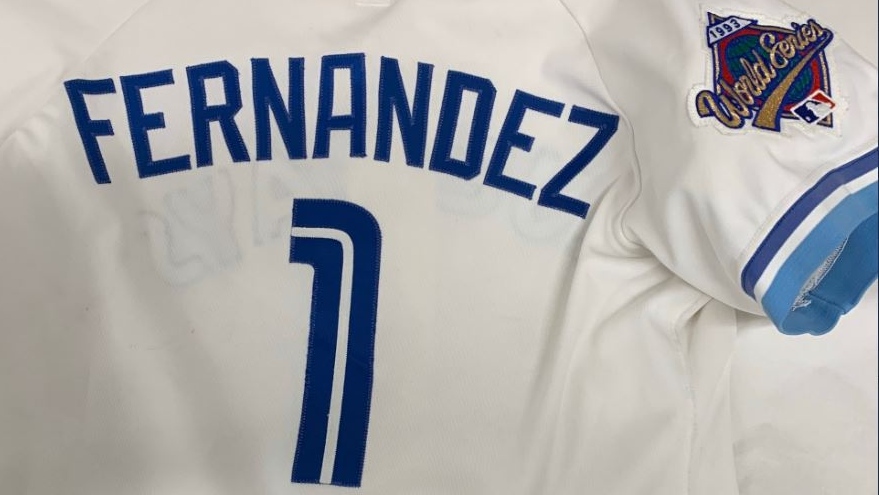 LONDON, ONT. -- The Canadian Baseball Hall of Fame has issued a statement on the passing of Blue Jays legend Tony Fernandez.

Fernandez, a five-time all-star and one of the greatest infielders in Blue Jays history, died on Saturday. He was 57.

The 1993 World Series winner had battled kidney problems for several years. He was first hospitalized with polycystic kidney disease in 2017.

Fernandez was elected to the Canadian Hall of Fame in 2008.

Director of operations for the Hall, Scott Crawford released the following statement Sunday.

"We are heartbroken to learn that Tony Fernandez has passed away. Tony was a baseball legend in every sense.

He was a five-time All-Star, four-time Gold Glove Award winner, a World Series champion and the Toronto Blue Jays’ all-time hits leader, but more importantly he was a gentle and thoughtful man who was always quick to pray for someone that he sensed needed help.

When he was inducted into our Hall of Fame in 2008, he gave a very moving and inspiring speech that many of us still talk about today.

We are grateful that in the years that followed, Tony continued to be a strong supporter of our museum who returned regularly to our annual induction ceremony.

In my view, Tony was everything a Hall of Famer should be: an all-time great on the field and a charitable, selfless person away from it. We will miss him dearly.

I would like to extend our deepest condolences to his wife, Clara and his children Joel, Jonathan, Abraham, Andres and Jasmine. We are thinking of them and sending them our thoughts and prayers."

RIP Hall of Famer Tony Fernandez. A couple of a Tony’s jersey our curator Christi is working on in our collection. pic.twitter.com/b3vgPylMi0