A London, Ont. man is in critical condition after an early morning shooting in the west end of the city.

First responders were called to a townhouse unit on Ladybrook Cres. around 1:30 a.m. Wednesday for reports of a man being shot.

Robert Poirier, who lives in the unit with his sister and brother-in-law Brandon Wilson, was just returning from a walk to the store when he saw all the commotion at his home.

“When I came home my sister is just hysterically crying and I asked her what's going on?” said Poirier. “What's the matter? There's cops everywhere and she said ‘Brandon has been shot’. I couldn't believe it myself. Honestly, you know, it's a scary thing and I don't know why he was shot. I definitely hope they find whoever did it and figure out what happened.”

Wednesday morning, London police officers were guarding the unit while the forensics and K-9 units had already been in the home. 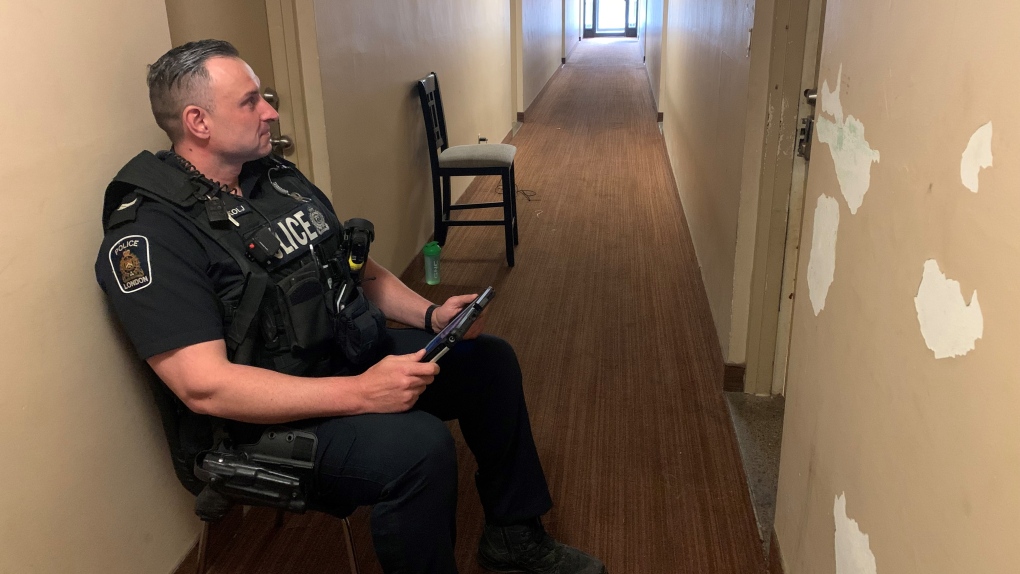 Sgt. Milan Kukolj of the London Police Service sits outside a unit on Ladybrook Crescent in London, Ont. on Wednesday May 18, 2022. (Source: Brent Lale/CTV News London)

Poirier hadn’t been able to get back inside and their dogs were barking all morning in the back yard. He said hadn’t slept all night and was getting updates on Wilson’s condition from his sister who is at the hospital.

“He's on life support for 24 hours until they can do some more surgery on him,” said Poirier.

“They just want to let him rest up a little bit before they start digging back into him and hopefully he makes it through and just keep our fingers crossed.”

The London Police Service Major Crime Section is currently investigating and police say the investigation is in the preliminary stages.

“No arrests have been made, it’s very early on in the investigation,” said Const. Sandasha Bough of the London Police Service. 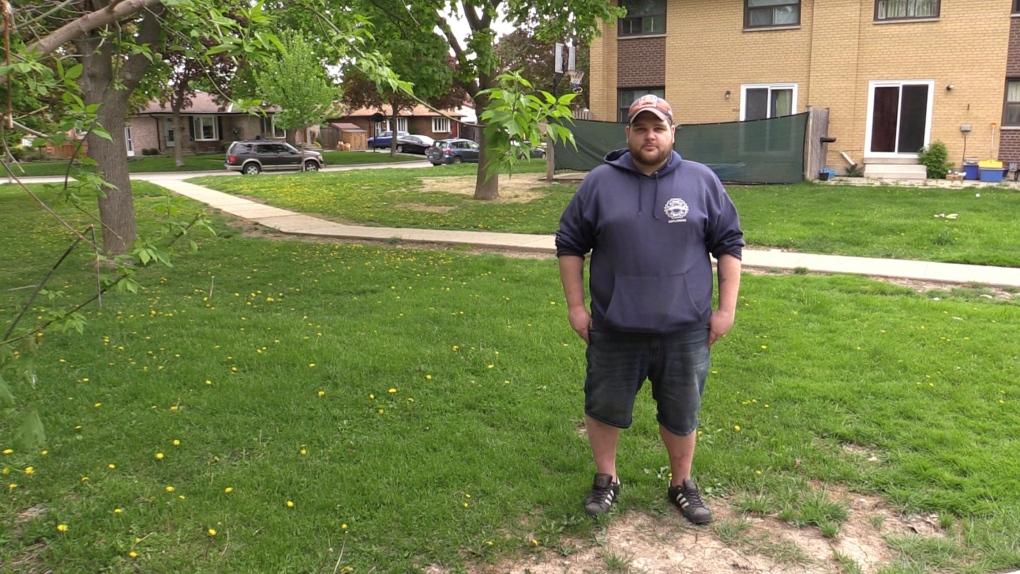 Robert Poirier says his brother-in-law Brandon Wilson was shot inside his home on Ladybrook Crescent on Wednesday May 18, 2022. (Brent Lale/CTV News London)

Neighbours in the complex who spoke to CTV News said they did not hear any gunshot, but did wake up to all the lights and police activity.

This is the seventh incident of gunfire in the city of London since the beginning of April, and that has Poirier a little frightened.

“London is turning into the wild west with all the gun violence going on right now,” he said. “You don't think it's going to happen to you until it does. It’s getting to be quite the city. It’s either a stabbing or shooting, one of the two.”