MIDDLESEX CENTRE, ONT. -- Heavy snow and unusually cold temperatures in the southern U.S. have allowed an Ontario-native to share his love of outdoor hockey rinks.

Bevan Keating and his family live in Little Rock, Ark., where recent back-to-back snowstorms have brought historic snowfall to the region, and a record-breaking cold snap.

So Keating decided it was time for a classically Canadian way to cope with the wintry weather - a backyard hockey rink.

"Having been born and raised in London, Ont., my father would make us an outdoor ice rink and all the neighbourhood kids would come and play. It's one of my favourite wintertime memories."

But how committed is he really? Keating would regularly build rinks for his roommates while he was a student at Western University, and they'd play well into the early morning hours.

Now Keating's 10-year-old twins Blythe and Brock, and their friends, are making the most of the short-lived fun, with temperatures in Little Rock expected to climb back up to 15C next week. 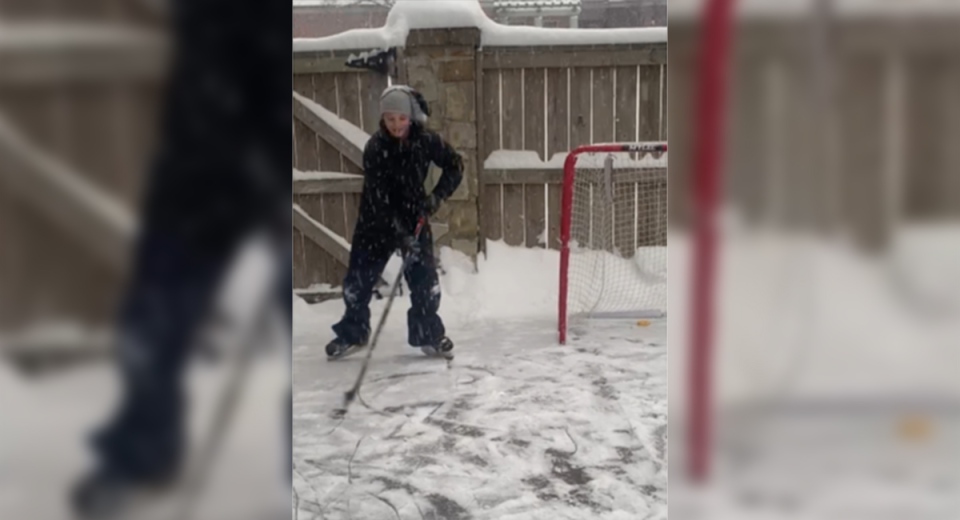 Brock Keating prepares to take a shot on net on his backyard rink in Little Rock, Ark.

And it's meant more time outdoors for Keating himself, "I'm out every couple hours shovelling off the snow and adding water. The kids have spent this entire week outdoors enjoying the snow. "

As for those who might be unaccustomed to seeing an outdoor hockey rink in the Deep South, they seem to be taking it in stride – mostly.

"Our neighbours all think we're crazy, but crazy fun! And our family is all Canadian so they're laughing - and they are very proud, of course."

He figures the 18 by 20 foot rink is likely the biggest in Arkansas, even though it's tiny in comparison to most Canadian rinks.

But he's still happy to be representing the tradition in his current home.

"Even though we live in the deep south right now, we never forget our roots…We are Canadian, through and through. When it comes to snow or anything else Canadian, we just can't help but be excited. It's a part of who we are."