There were 250 cars at the event at the Western Fair District for the Country Music Association of Ontario (CMAO) show in Allen's home city. 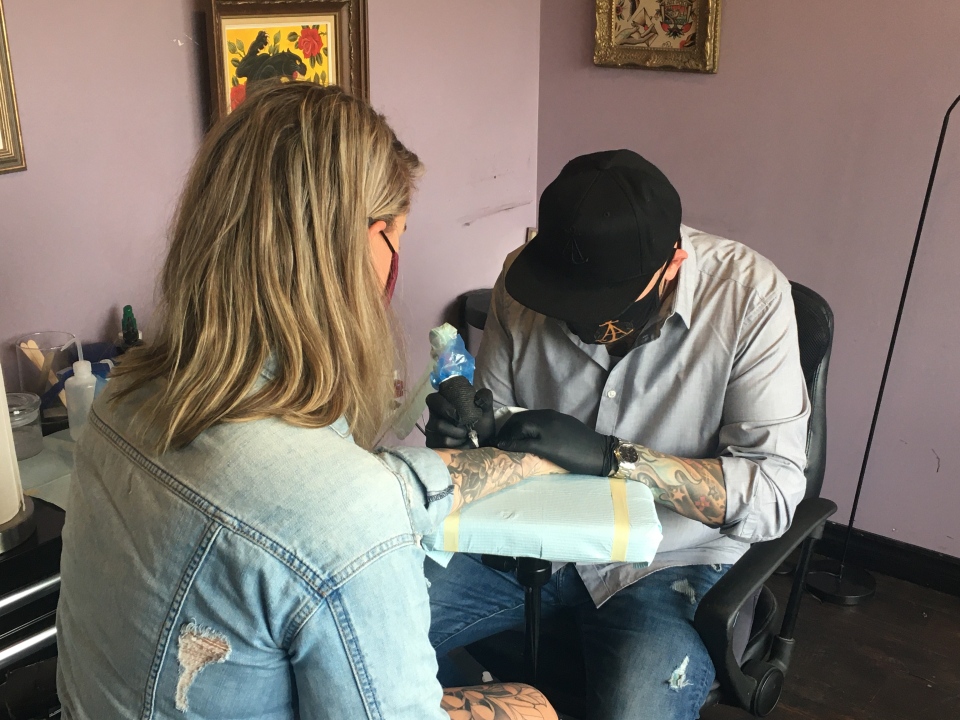 "It was hard to sleep," said Allen from his tattoo parlour Monday morning. "It was amazing. It was very unexpected and the show was so good I wanted to be in the cars watching it because it was so cool."

He's been performing for two decades with multiple releases, but after his track 'Highway Mile' hit radio in 2019 he's been trending up.

"I've always been a slow learner," joked Allen. "Sometimes it takes a couple of years, or 20. I'm glad it didn't happen then because I'm steady in my life, and I enjoy my life which makes it sweeter."

In late September the City of London announced it will be the host of the Canadian Country Music Awards (CCMA) in 2021 after a five-year hiatus. Promoters will now be able to the Forest City as "The home of Ontario's Rising Star.

"We are so proud of Aaron's win," says Natalie Wakabayashi, director of culture & entertainment tourism with Tourism London.

"When we hosted the CCMA's in 2016, he was key feature in two events we hosted. By hosting events like this we are able to develop and support our artists and give more money to programming like that. So to see him a few years later taking the stage and hoisting awards, then knowing we are hosting the CCMA's next year it's icing on the cake."

Allen is appreciative his own city is trying its hardest to cultivate and grow the music scene even during a pandemic.

"As musicians when it's hard to get gigs, and venues are going down, London continues to try to build it back up."

Allen has recently signed a publishing deal, and has been writing a lot of songs for other artists as well.

He's ready to make the jump from the shop to the stage full time. "Tattooing is great but I’m going to step away and move into music," says Allen. "I'm going to chase this full time. I think it's time."