Sarnia city councillors unanimously voted to send a 147-page master plan on to to budget deliberations.

It includes a wish list of 34 enhancements, including a waterfront promenade, a market building, a harbour building and a floating boardwalk.

All will be publicly accessible and completed in three distinct areas, complementing existing features created by the project.

Sarnia Mayor Mike Bradley says the goal is to turn the waterfront into a space utilized by locals and a destination for visitors.

“I see it no different as what you see with Harbourfront in Toronto and what you used to see with Ontario Place. People identify it and they go there and that’s what we want to see. We want to see that mixed-use.” 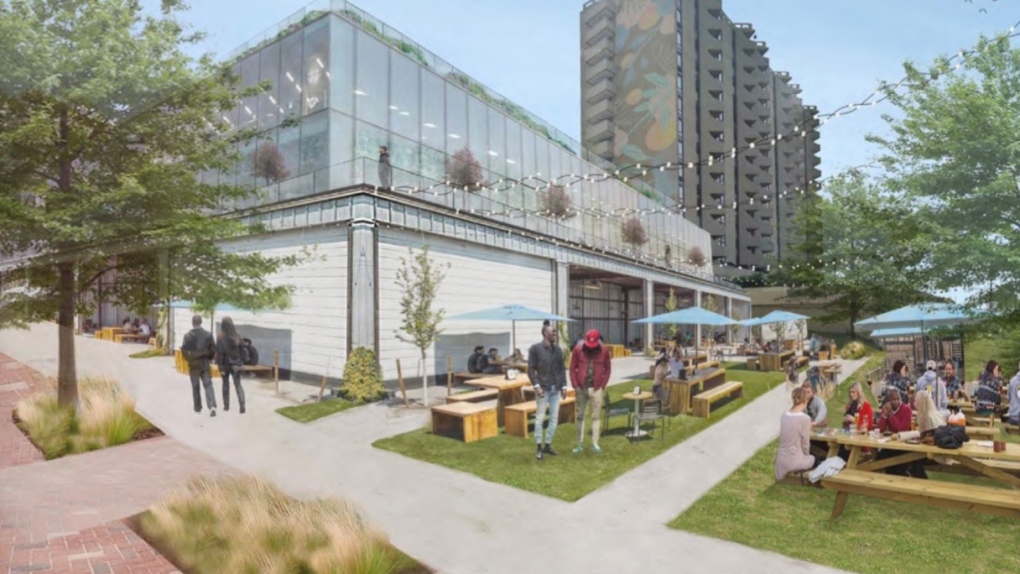 An artist concept of a new market building along the waterfront in Sarnia, Ont. (Source: City of Sarnia)

Sarnia Councillor Brian White gave the highest praise to the project calling it, “...probably one of the most brilliant documents I’ve read…from an environmental standpoint, from an engineering standpoint, a revenue generation standpoint and a focus on active transportation.”

But Bradley concedes the $50-million price tag is not achievable solely through public dollars.

So, in the hopes of not seeing the proposal sputter, as London’s Back to the River Project at the forks of the Thames did, he’s pleased the report has a public and private sector component to help pay for it.

“And, there is linkage now, but not to the degree there should be, so I see that private sector involvement as being a big part of that.”

The report clearly identifies four parcels of city-owned land adjacent or nearby the waterfront that planners contend could be sold to build residential towers with commercial space on the mezzanine.

Bradley says services and amenities are the keys to making the waterfront a year-round attraction. 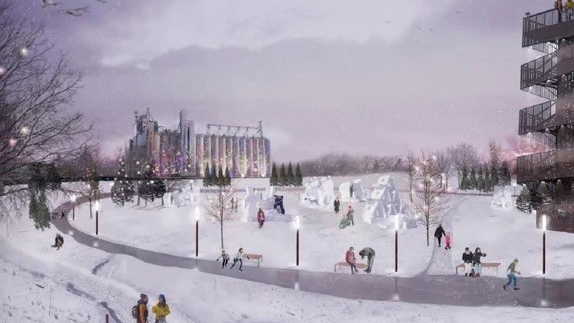 An artist conception of a winter skating loop around the waterfront in Sarnia, Ont. (Source: City of Sarnia)

To that point, a major project includes the construction of a skating trail along the waterfront during the winter months.

With all the cards in place, and seemingly a path to paying for a new look waterfront, Bradley says it's crucial council support remains solid into the future.

“The obligation will be on every mayor and council to move it one step forward over these next 15 years. I think that’s going to happen.”

Eleven newborn babies have died after a fire that broke out in the neonatal department at the Mame Abdou Aziz Sy Dabakh Hospital in the western Senegalese city of Tivaouane, said the country's president Macky Sall on Thursday.

Gun control measures are likely going nowhere in U.S. Congress, and they also have become increasingly scarce in most states. Aside from several Democratic-controlled states, the majority have taken no action on gun control in recent years or have moved aggressively to expand gun rights.

CEO pay up 17 per cent as profits, stocks soar; workers fall behind

Even when regular workers win their biggest raises in decades, they look minuscule compared with what CEOs are getting. The typical compensation package for chief executives who run S&P 500 companies soared 17.1 per cent last year, to a median US$14.5 million, according to data analyzed for The Associated Press by Equilar.

Patricia Tomasi, the co-founder of the Canadian Perinatal Mental Health Collaborative, is raising awareness on postpartum psychosis and how new moms can find support.

Canada is committing an extra $1 million to help the international community investigate sex crimes by Russian troops in Ukraine. Foreign Affairs Minister Mélanie Joly said Canada would give the extra funds to the International Criminal Court to help it investigate sexual violence toward women, and also crimes against children.

Oklahoma Gov. Kevin Stitt on Wednesday signed into law the nation's strictest abortion ban, making the state the first in the nation to effectively end availability of the procedure.