4 suspects on the loose after attempted robbery

4 suspects on the loose after attempted robbery 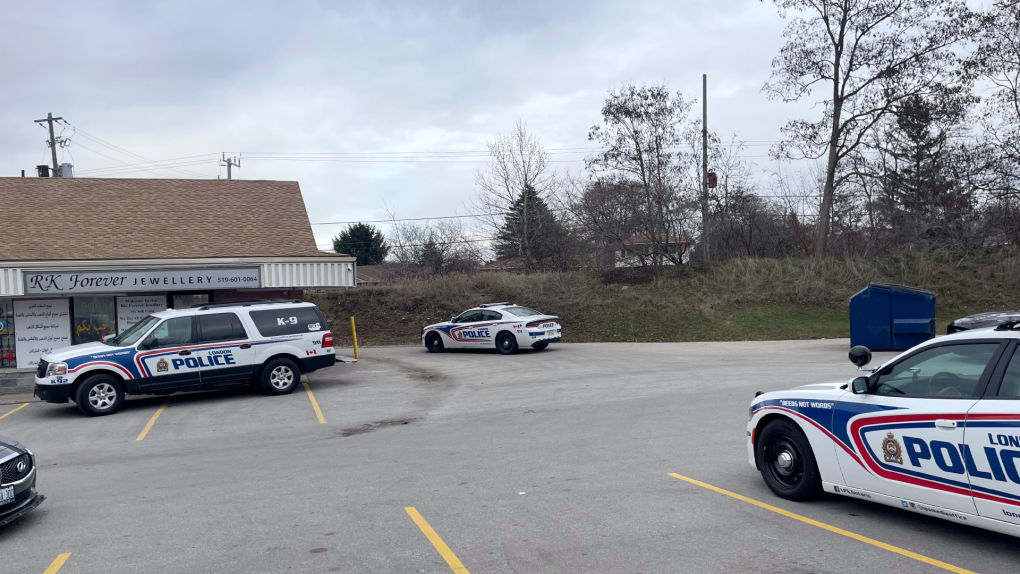 London police are hoping the public can help identify four people in relation to an attempted robbery in the city on Monday.

As previously reported, officers were called to the 400-block of Wonderland Road South near Commissioners Road around 2:30 p.m.

According to police suspects were able  not to get into the business and were reportedly seen with a possible handgun and a hammer.

No physical injuries were reported and police say the suspects fled the scene in a grey sedan.

Black man, about 25-35 years old, about 6’0” tall, weighing about 180 lbs, average build. He was seen wearing a grey hooded sweatshirt with a blue shirt underneath, whit gloves. White facemask and white winter hat.