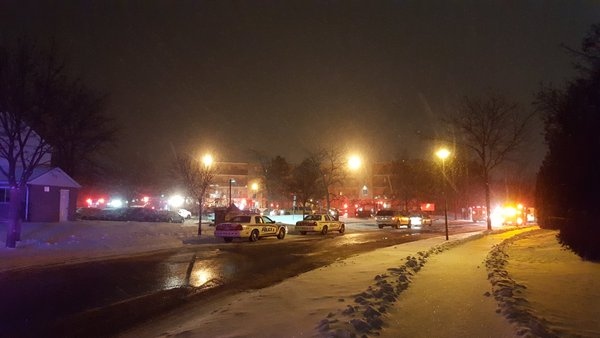 At 5:20 a.m. fire crews responded to a report of a ground floor apartment fire at a four story building at 110 Highview Avenue near Wharncliffe Road and Commissioners Road.

Firefighters arrived to find smoke and flames coming from the unit but were able to extinguish the fire quickly.

Officials say two occupants of the unit were taken to hospital. One person suffered some smoke inhalation while another suffered minor burns.

The cause of the fire remains under investigation but officials say there is nothing to indicate that it is suspicious at this time.