UFCW spokesperson Fred Teeple says talks between the union and the company have broken down. There is no current date to return to the table.

“The relationship between the employer and the members is not good. It’s a toxic environment and we want to make sure it is addressed as well,” he says.

They also blocked the truck entrance, where at least one delivery was delayed during the time CTV News was on the scene.

Teeple says workers rejected the latest company offer by a vote of 91-71. That follows a strike mandate of 88 per cent last November. 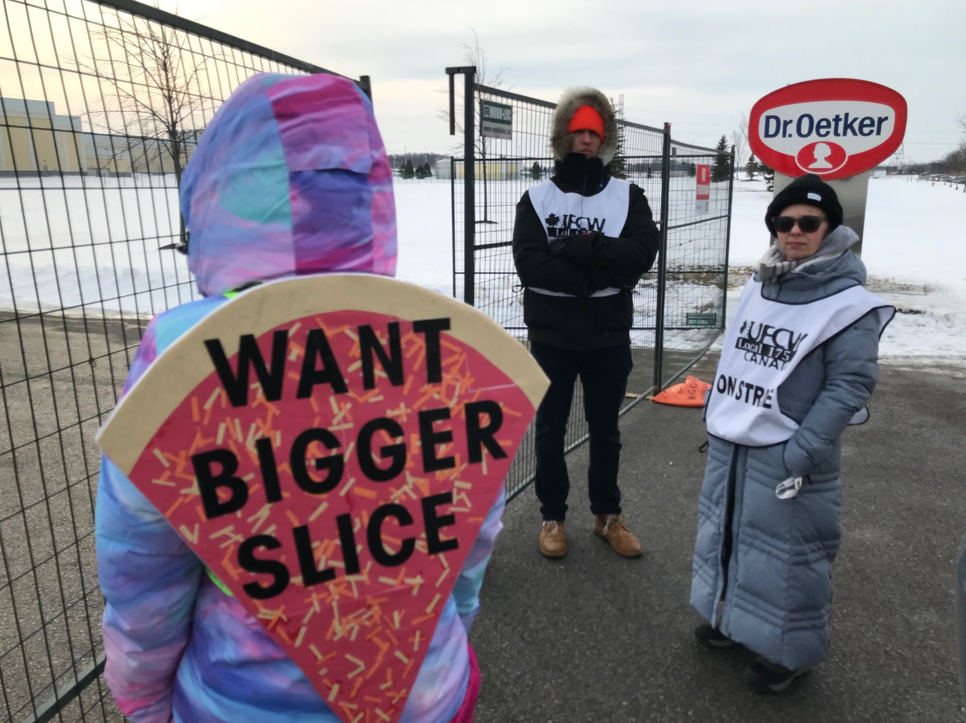 As inflation rises and London’s food processing industry continues to grow, including the soon to open Maple Leaf Foods facility, workers here say they want better pay and working conditions. Wages for unionized workers range from $19 to $24 per hour.

“It’s an economic strike. We want more money across the board and that’s why these workers are out here.”

Teeple also points out the extra stress Dr. Oetker employees have been under.

Just as COVID-19 began to spread and most industries idled, he says they stepped up to meet the high demand for food.

“These workers have been through struggles through the pandemic. I mean coming to work every day and making sure they’re putting food on the table for families.”

And with their own families now forced to survive off limited strike pay, some workers, like Stewart Carne, are preparing for a long strike.

“They basically locked us out and put up those extra gates there, and were willing to come to work, but we’re not going to be working for a while,” says Carne.

As the strike chants of “unfair contract” begin, most on the line appears to be determined.

“We’ll win, we’ll win just give it time”, one employee said to a CTV News camera.

CTV News has so far been unsuccessful in reaching company representatives.