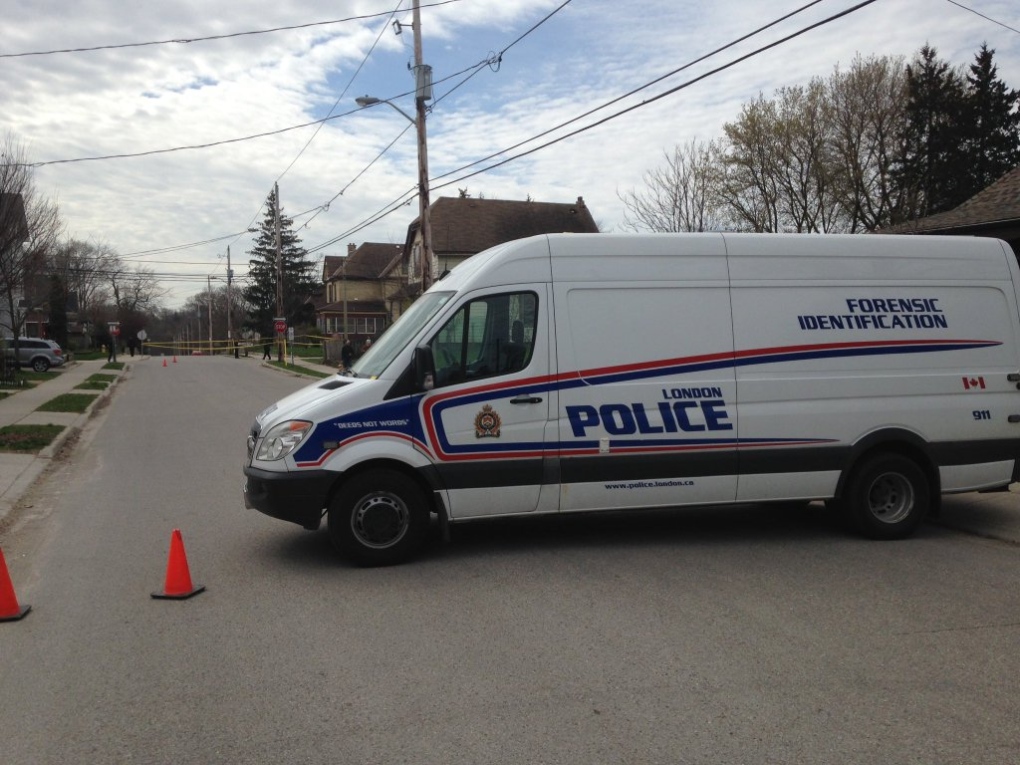 Forensic Identification Unit on scene at a stabbing at Grey and Clarence Streets on Sunday, April 24, 2016 that left a woman in serious condition. (Gerry Dewan / CTV London)

A stabbing early Sunday morning has left a woman in critical condition and injured two others.

London police say it happened about 1:45 a.m. in the area of Grey Street and Clarence Street where police were called to a large disturbance.

Police found a woman with multiple stab wounds and she is in critical but stable condition in hospital. Two other females had minor injuries and were treated and released.

"One of the girls was threatening some of the other girls by saying she would fight them all," said Grey Street resident Jeff Mallott.

"Police showed up. There were three police cars and the ambulance. And before that the girls just scattered."

Police determined that there was a consensual fight between four females, who all knew each other.

Four people were initially arrested at the scene, but two of the four have since been released without charges.

A 24-year-old London woman is charged with aggravated asssault.

A 20-year-old London woman is facing a charge of assault causing bodily harm for the minor facial injuries suffered by a second victim.