Thousands of Sarnia area jobs on 'the line': Desperate workers send a plea to Ottawa

SARNIA, ONT. -- If the Enbridge Line 5 pipeline is disrupted or shut down in May by Michigan Governor Gretchen Whitmer, Sarnia will be devastated.

It’s a message repeated by local politicians for weeks, but now more grassroots voices have joined the chorus.

Scott Archer is a leader in the pipefitters union (UA 663) that keeps Sarnia’s chemical valley operational.

“People are stressed out and on edge. I know it’s been weighing pretty heavy on me and everyone else in the hall.”

Archer says if Whitmer follows through with a plan to shut down the pipeline, which crosses the Straits of Mackinaw connecting Lake Huron and Lake Michigan, jobs will be lost.

“We’ve got just shy of 1,600 members and every single one of them would be impacted by this.” 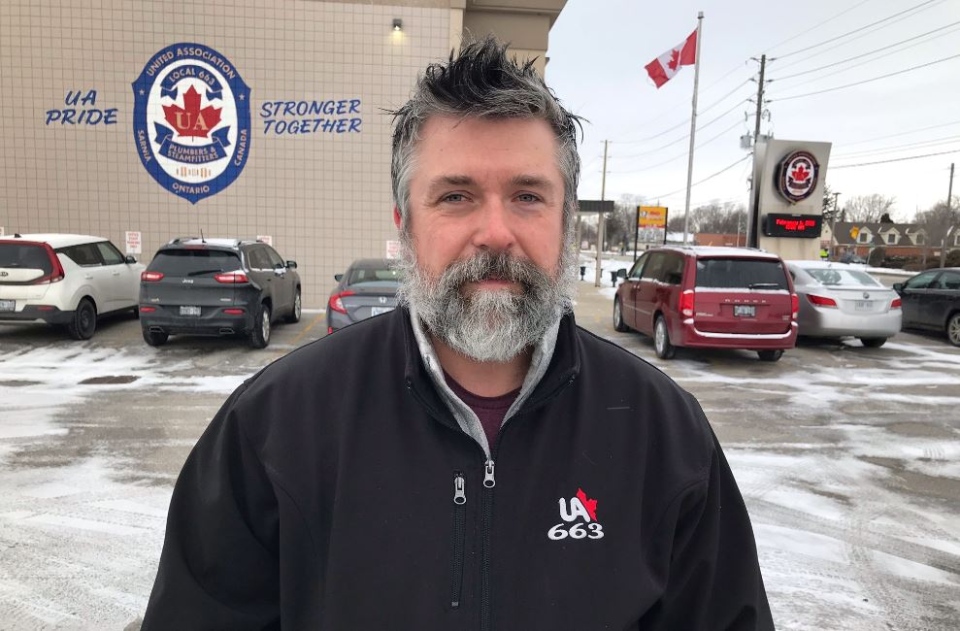 Scott Archer, of UA 663, a local representing pipefitters in the Sarnia, Ont. region, says his nearly all of his members could lose their jobs if Line 5 is shutdown. (Sean Irvine / CTV News)

And that’s not to mention the spinoff jobs created by Line 5.

The pipeline brings Alberta oil to Sarnia for refinement, and supplies home heating, jet and other transportation fuels to both Canada and the U.S.

But Whitmer, and many environmental and Indigenous groups, believe the 58-year-old pipeline represents an “unreasonable” environmental risk.

She’s given Enbridge until May to shut it down at the Mackinaw crossing.

But that ultimatum is being challenged in U.S. courts by Enbridge.

Now, more than 40 groups in Canada are mounting political pressure.

A full-page ad was placed in a national newspaper this weekend demanding Ottawa and the public take notice.

The move coincides with two public petitions, one directly to Parliament Hill.

The head of Sarnia’s Chamber of Commerce says the time for action is now. 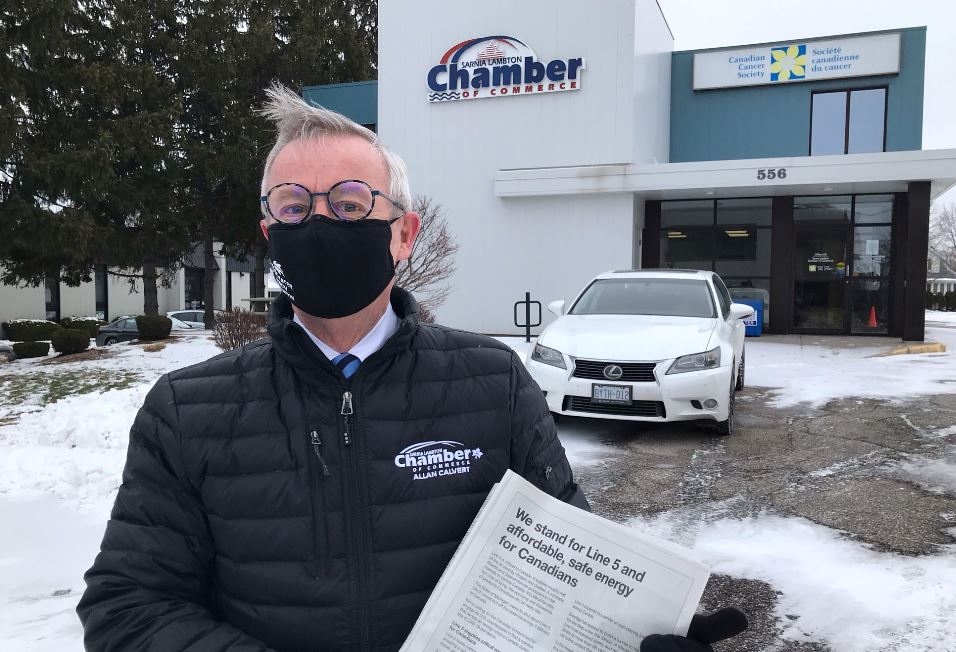 “We would not be going to the extent that we are. Anything can happen and we’re not assuming that we have this in the bag. There’s a lot of work to be done yet,” he says.

“It’s basically hinging on the prime minister to push back on this because we are unsure where president Biden is going to fall on this, echoes Archer.