Those low flying red and yellow helicopters you’ve seen over Elgin County this week are members of the Royal Canadian Air Force (RCAF) continuing their search and rescue (SAR) training.

“It's essential for us to effectively conduct our rescues this summer,” said Cpt. Danyk Barrette, a Griffon helicopter pilot with the RCAF’s 424 Transport and Rescue Squadron.

“We don't get to practice to fly with boats over the winter, so we need to get proficient and efficient at flying in formation with them in order to get our search and rescue technicians on board," he said. "I think it's going to be a pretty busy SAR season, so it's very important for us to be able to train this week.” 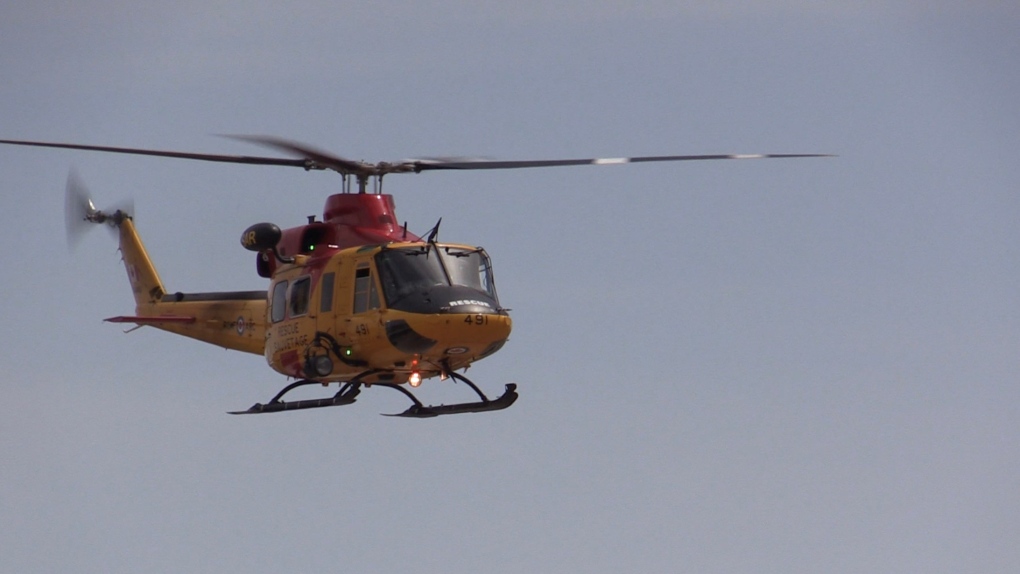 A CH-146 Griffon helicopter from 424 Transport and Rescue Squadron takes off from the St. Thomas Municipal Airport in St. Thomas, Ont. on May 10, 2022. (Brent Lale/CTV News London)

Tuesday afternoon they were conducting a couple of missions. In partnership with CASARA, they were simulating a lost aircraft, as well as a pilot in distress.

“We'll go up in the plane, I'll pretend that I'm a person going for a ride in the craft with my buddy. My buddy's not feeling well and he can't fly the plane anymore. So I just got on the radio, asked for help, and they're going to send a Griffon helicopter up to come find me and talk me through how to fly an airplane and land at the airfield,” he explained.

Harvey, who has been with CASARA for seven years now, has helped the military on major searches with crashes and more simple tasks like locating aircraft with a faulty emergency locating transmitter.

“We receive our tasks from the military,” said Harvey. “We're a registered charity that everybody's a volunteer, and we assist the military with their training and also get dispatched to go on search and rescue calls for them.”

Later in the afternoon Tuesday, they performed a marine exercise with the CCG near Port Dover, Ont. on Lake Erie. 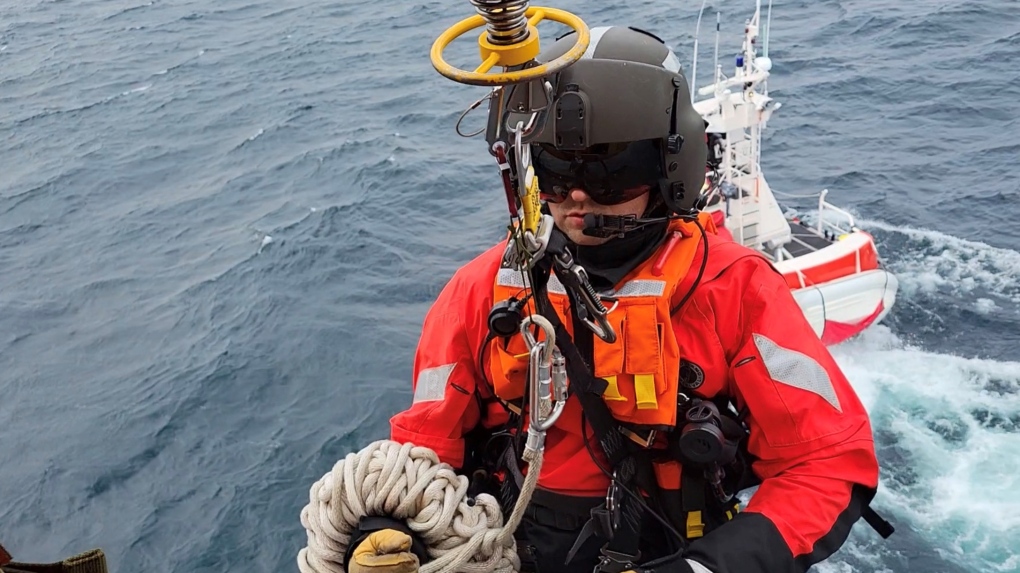 The Royal Canadian Air force’s 424 Transport and Rescue Squadron are performing search and rescue training this week in Elgin County. They are partnering with the Canadian Coast Guard with Marine training over Lake Erie. (Source: Cpt. Danyk Barrette)

“We will get calls for people in distress on boats, and obviously we can't land on water so we need to be able to get our search and rescue technicians to help them on the boats,” said Barrette.

“What we are practicing here and training for is to be able to hoist them down to the boats to get them to the patient, assess how everything is going for them, and determine the level of care needed. If they need to, the search and rescue technicians will bring back the patient on the helicopter and we will evacuate them to the nearest hospital,” he explained.

The RCAF advises aircraft that are participating in SAR activities need to fly low in order to locate and provide assistance to people that might be experiencing distress. They sometimes move at slower speeds and circle an area more than once.

For this training, they will be deploying search and rescue technicians via hoist using different techniques to the assisting vessels. Smoke markers will also be used to indicate the wind direction and approximate velocity in order to ensure the placement of life-saving equipment and also to help locate people in the water

The training based out of the St. Thomas Municipal Airport will continue until Friday.