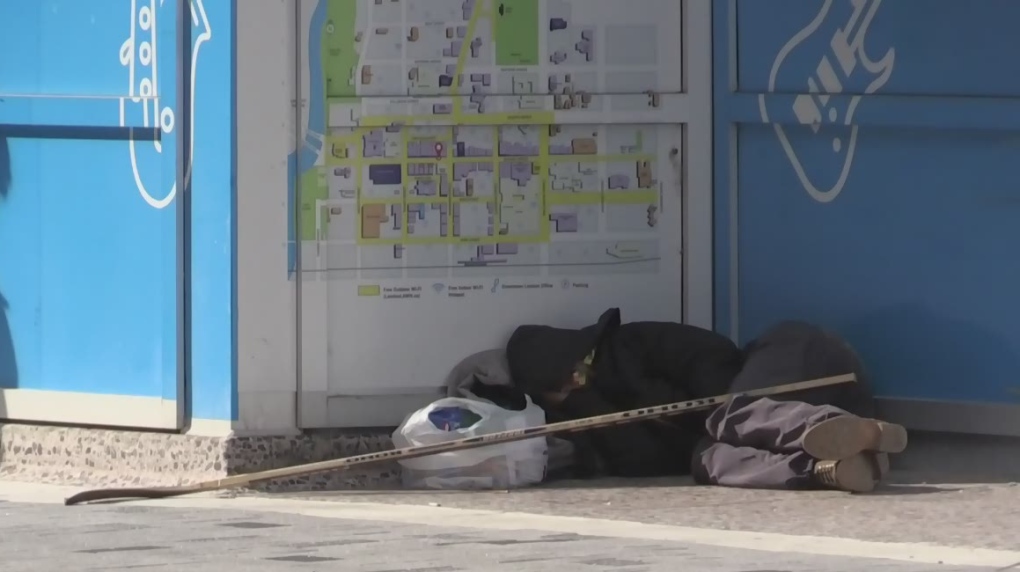 About 200 Londoners sought assistance for homelessness last month, according to a recent analysis by City Hall, including 117 who were sleeping in tents or makeshift shelters.

On Tuesday, the Community and Protective Services (CAPS) Committee received updates on several initiatives launched by City Hall to address the crisis.

A vacant lot at 122 Baseline Road W is the first site chosen for one of three modular buildings offering ‘transitional housing’ and support services for Londoners exiting homelessness.

The four-storey, 61 unit building will be constructed with pre-fabricated components and assembled on site, speeding up the construction process.

“It will be exciting to see if this can happen relatively quickly here in our community,” said Councillor Jesse Helmer to the committee. “Getting some housing units going relatively fast.”

The $17-million building will be funded primarily through provincial and federal programs.

“This land is available, and certainly has a better use,” added Mayor Ed Holder.

On Wednesday, the federal government will make a further announcement regarding the project.

Mayor Holder has asked the provincial government to review its land holdings in the city to determine if some properties are suitable for additional public housing developments.

He also intends to ask the federal government to conduct a similar review.

“I’m looking to have an extremely comprehensive list of any provincial lands that are not currently allocated,” explained Holder. “and as well with the federal government.”

Progress is being made on temporary winter accommodations for 30 people outside the T-Block Building on Elizabeth Street.

Last week construction trailers were being converted into bathroom and shower facilities.

Earlier this month council approved a $2.3-million dollar plan to build and staff two overnight shelters, and two daytime ‘coffee houses’ each with a capacity to accommodate 30 people.

The shelters will open later this month and operate until the end of April.

Plans to operate a ‘stabilization space’ on Sylvan Street are getting a rethink by municipal staff.

Originally purchased for a million dollars in 2019, city hall intended to convert a former group home into a safe space for Londoners under the influence of drugs.

The stabilization space would be an alternative to emergency rooms and jail.

But a lack of provincial funding could instead see the property become the location of more public housing.

Civic administration is considering other options for stabilization space according to Manager of Homeless Prevention Craig Cooper.

“The stabilization space was always a multi-space response. Not putting all of our eggs in one basket.”