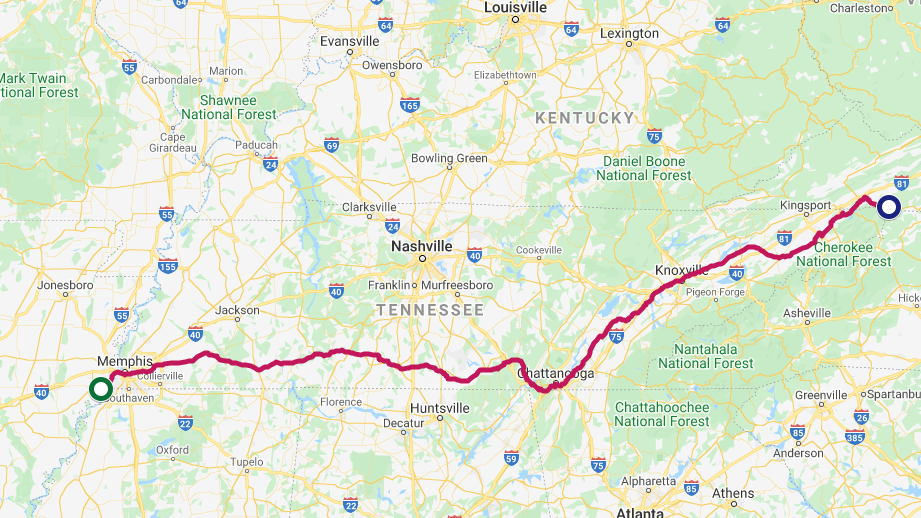 LONDON, ONT -- Terri Biloski of St. Thomas, Ont. ran a whopping 1022 km in just under 12 days to be the first official finisher of the Laz Lake's Great Virtual Race Across Tennessee.

There were nearly 19,000 registered runners who were given four months to complete the run, but Biloski was determined to finish as soon as possible.

"I had a secret goal to do it in 10 days, but 11 days 20 hours I'm happy about it," says Biloski, who stopped in the middle of a 60 km run Monday to speak via phone with CTV News

The "Ultra runner", coach, and trainer averaged 85 km a day around Elgin County during the stretch to pull off the win.

The reason she is doing this is to support the Huntington Society of Canada. She lost her grandmother Bernice to the progressive brain disorder and each year she does "something crazy and run-related" to bring what she calls much needed attention.

"The virtual race began May 1st, and I couldn't wait to get out there," Biloski says.

" I started in the cold and darkness at 12:10 am, just ten minutes after the race officially began." 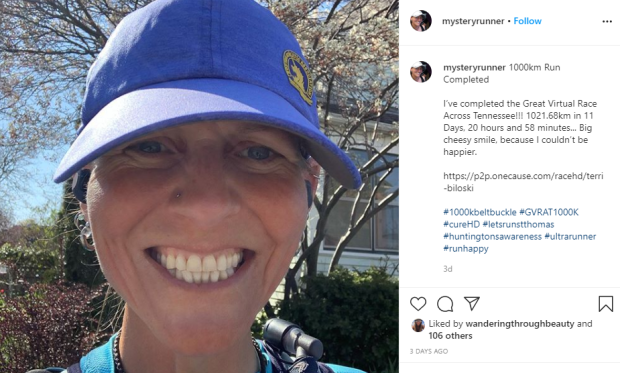 She says one of the keys to being able to accomplish this feat is her previous endurance training. Last year she ran over 10,000 km to work, as a coach and a competitor.

The key for her is will power and running at a slow pace of around 8:00 per km.

"I would run until I was exhausted, then eat good healthy food with a lot of carbs, and then go to sleep," says Biloski.

"I would let the food digest, get shut eye, then wake up and run again. There are a couple where I went out at like 3am and would run again like 12 hours later."

And even though she's already finished the race, she's still going.

Now she is virtually on the way back across the state having just passed the 1,200 km mark Monday as she continues to try to raise funds.

Most of the time you could find her on some back road in Southwold Township, after heading west from the elevated park in St. Thomas.

"A lot of the running events have been cancelled or postponed during the pandemic, but some of them decided to do virtual," she added.

"These runs are a nice thing for us to keep focused."