Six people sent to hospital in crash east of Strathroy 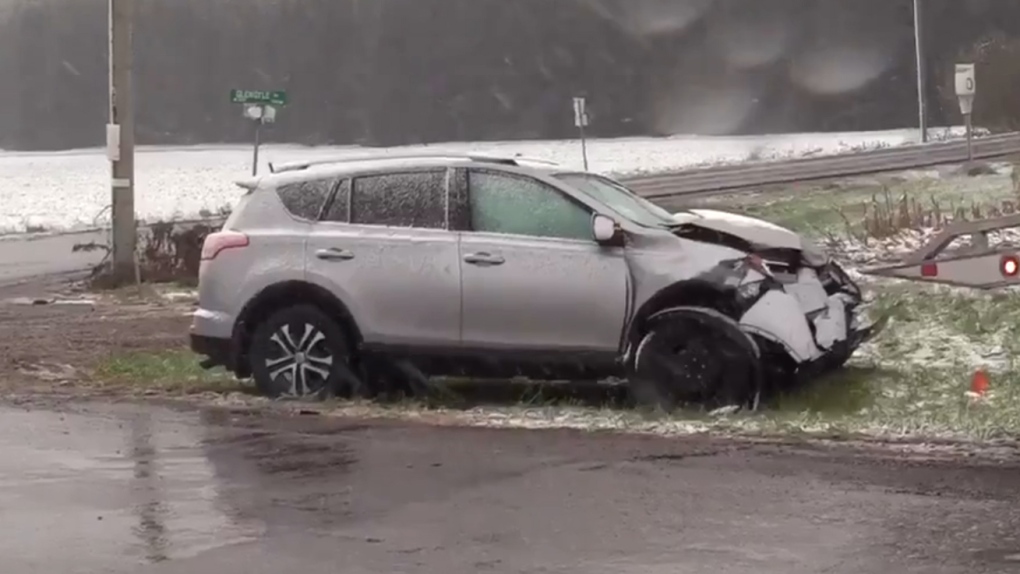 Strathroy-Caradoc police were called to the scene of a two-vehicle crash Friday morning that saw one vehicle end up upside down in a farmer's field.

The collision happened around 8 a.m. at Glengyle Drive and McEvoy Road.

A Ford Fusion ended up on its roof in a field after colliding with a minivan.

Police say six people, four from the car and two from the van, were transported to hospital. Their injuries are believed to be non-life threatening.

Officials can't say what role weather conditions might have played in the collision, but are calling for reduced speeds and greater separation between vehicles.

It was snowing at the time of the crash.

.@SCPSofficer can’t say what role weather conditions might have played in the collision at McEvoy and Glengyle, but again call for reduced speeds, greater separation between vehicles. pic.twitter.com/ZEdHLXNvnv

2 vehicle collision at McEvoy & Glengyle, east of Strathroy, resulted in a Ford Fusion on its roof in a farmer’s field. @SCPSofficer say 6 people to hospital; four from the car, two from the van. Injuries not believed to life-threatening. Happened around 8 am. pic.twitter.com/9kT9dFgE44