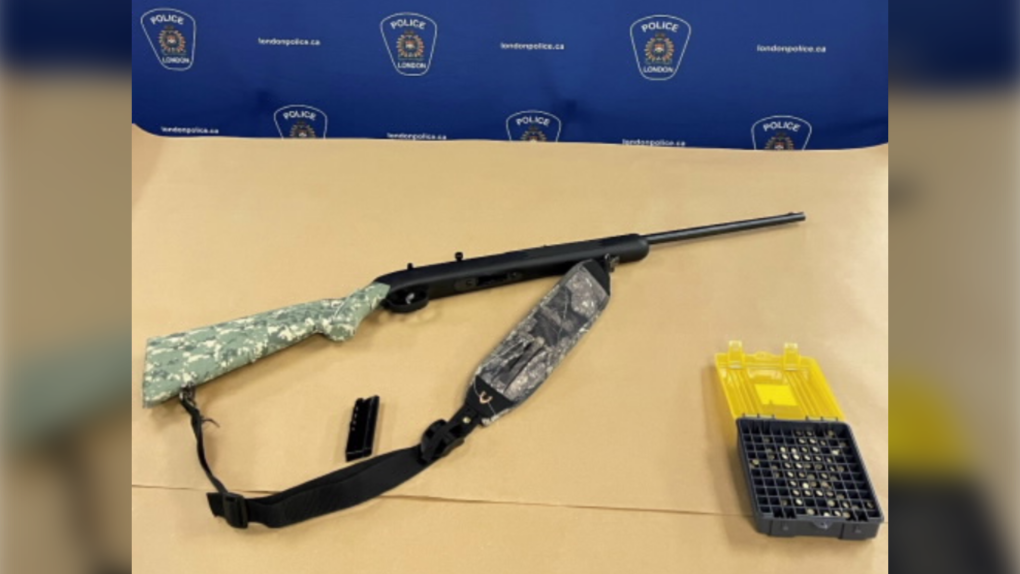 A London, Ont. man is facing numerous charges Thursday after he was found to allegedly be in possession of a semi-automatic rifle and 68 rounds of ammunition, despite not holding a licence, police say.

According to a press release from the London Police Service (LPS), member of the LPS Guns and Gangs Section, with help from the Emergency Response Unit and Canine Unit, executed a search warrant at a residence in the area of Viscount Road and Andover Drive in London on Thursday.

As a result of the investigation, a 26-year-old man from London has been charged with the following offences:

The accused is scheduled to appear in court on Thursday in relation to the charges.

TREND LINE | Canada's health care crisis: Who's accountable, and how can we fix an overburdened system?

Canada's new special representative on combating Islamophobia says she is sorry that her words have hurt Quebecers.

Higher grocery prices are expected to hit stores across Canada soon as a blackout on price increases over the holiday season comes to an end.

Police have released a video of a driver who smashed a vehicle through the doors of Vaughan, Ont. mall early Wednesday before allegedly breaking into an electronics store.

Nearly 130,000 Helly Hansen sweaters and hoodies have been recalled in Canada due to flammability concerns.

The federal government is expected to introduce a law as early as Thursday to delay the extension of medically assisted dying eligibility to people whose sole underlying condition is a mental disorder.