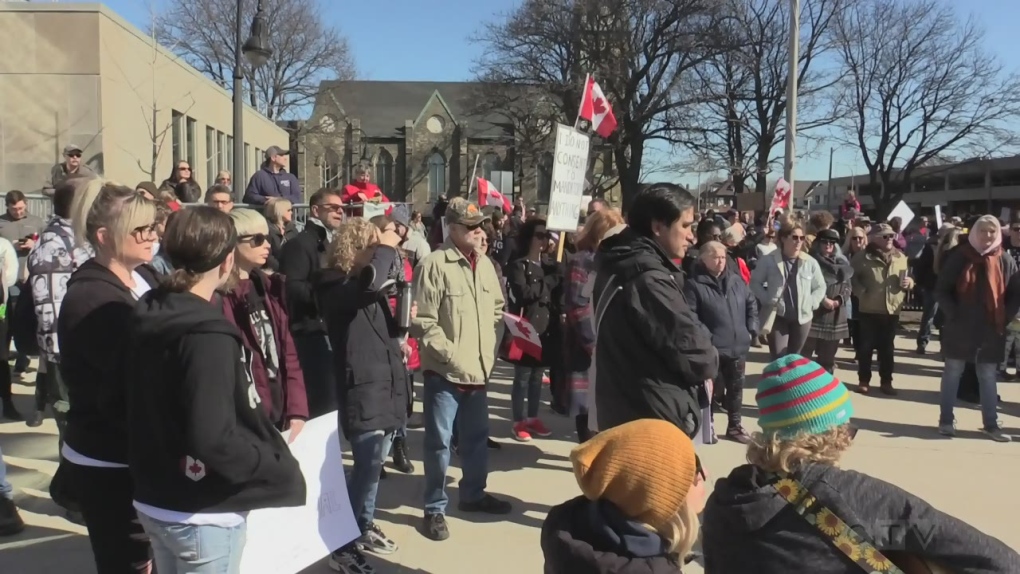 LONDON, ONT. -- Police in Sarnia, Ont. have charged 12 people under the Reopening Act of Ontario following a number of anti-lockdown protests at city hall.

"As part of a measured approach, the Sarnia Police Service has attempted to both educate and warn those individuals in attendance. Unfortunately, our officers have been met with resistance and a lack of willingness to comply," says Cst. Giovanni Sottosanti in a news release.

Police continue to investigate and say more charges could be pending.

"The Sarnia Police Service will continue their approach to these protests in a balanced manner in hope that individuals attempt to understand the need to protect everyone in our community," added Sottosanti.

"The goal is to avoid the spread of this virus which has taken so much from so many in hopes that everyone can return to a normal way of life soon."