Activists targeted the constituency offices of London MPs Peter Fragiskatos and Kate Young, along with the home president of General Dynamics Land Systems Canada Monday morning. They painted red tank tracks across the properties, including on the driveways, walkways and doorways.

The groups World Beyond War, People for Peace London and Labour Against the Arms Trade are mentioned in a news release announcing the move.

The release says the damage was done “to mark the third anniversary of the Yemen school bus massacre. The Saudi bombing of a school bus in a crowded market in northern Yemen on August 9, 2018 killed 44 children and ten adults and wounded many more.”

The group is against Canada selling Light Armoured Vehicles (LAVs) made in London to Saudi Arabia.

“This is beyond disappointing,” said Fragiskatos, the Liberal MP representing London North Centre. “Democracy implies disagreements, but we have to reasonably disagree. I’m not sure what exactly the aim is here. The symbolism is clear, I understand that.”

He said LAVs made in Canada and supplied to Saudi Arabia have not been used contrary to human rights.

“Leave that aside for a moment,” he added. “This is not the way we ought to engage with one another in democracy.” 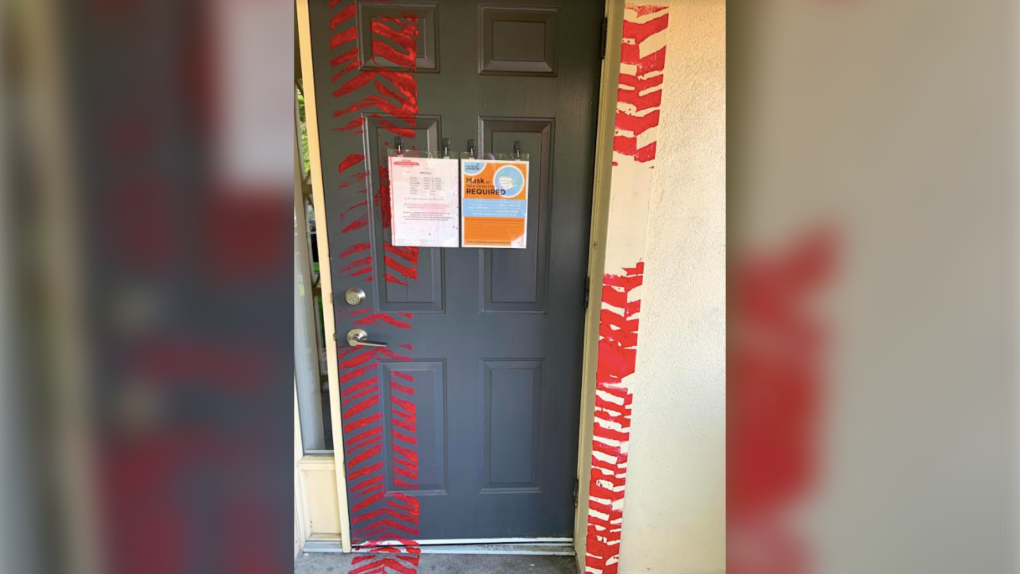 World Beyond War has staged demonstrations outside of General Dynamics in the past, but spokesperson Rachel Small told CTV News London it is not responsible for these particular acts. She claimed they were committed by anonymous activists with the group’s support.

“It’s an independent group of people who said ‘enough is enough, we refuse to continue allowing Canada to arm this horrific war,’” said Small. She makes no apologies for the handiwork.

“As a person who cares about human rights, as someone in solidarity with people around the world, and also the parent to a young child -- the least I can do is ensure that these companies, and that the Canadian government is forced to answer for this horrific violence.” 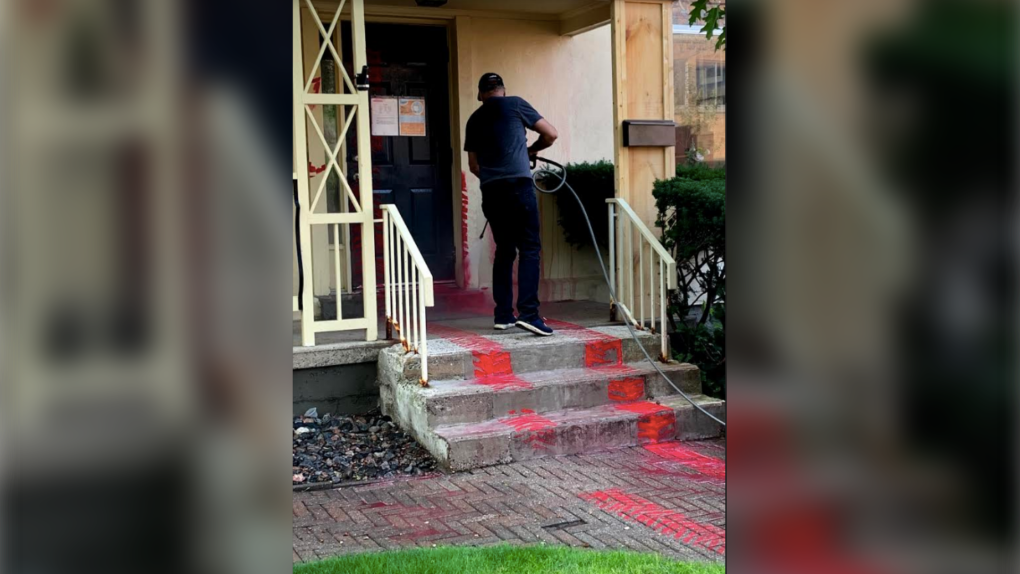 Fragiskatos said London police have been contacted and the matter is being investigated as a property crime. He expects those responsible will be charged.

In the meantime, police could be seen Monday morning outside the private drive to the London home of the president of General Dynamics. Red painted tracks were still visible on the driveway.