'Putting out a fire you set:' critics wary of Tories' reduced deficit projection 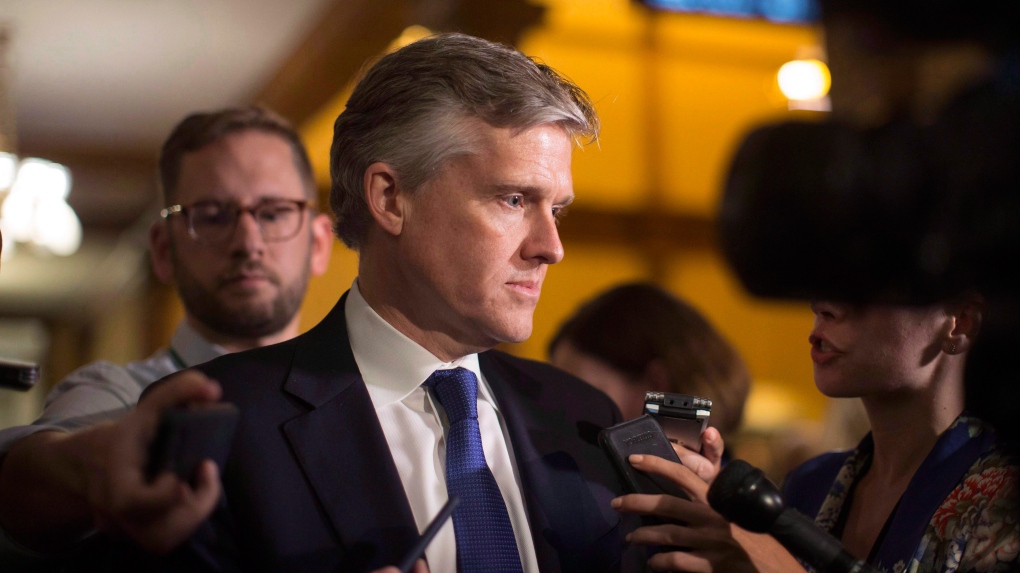 Phillips announced in a speech to the Canadian Club of Toronto that the government's fall economic statement -- a key fiscal report delivered annually by the finance minister -- will be released Nov. 6.

The minister promised it will show a smaller shortfall than the Tories predicted in April but gave no details on how that would be achieved, worrying critics who say it will be done by cutting spending.

"I don't think that Ontarians anywhere need to be worried," Phillips said. "I think what they need to know is that this government has a balanced plan (and) that we're executing that plan."

The Progressive Conservatives said last month the province's deficit in 2018-2019 came in at $7.4 billion -- roughly half of the $15 billion shortfall they said they inherited from the previous Liberal government.

"Don't pump up the deficit and say you've slain the dragon," Fraser said. "It's like putting out a fire you set."

Last year, the Progressive Conservatives used their first fiscal update after coming to power to announce a number of cuts. The moves included the consolidation of three independent provincial oversight offices and scrapping plans for a French-language university.

Both moves sparked anger amongst Franco-Ontarians and led Tory legislator Amanda Simard to quit caucus. The province has since reached an agreement with the federal government to fund the French-language university.

Phillips said this fiscal update will take a measured approach while focusing on the province's need balance the books in five years, as promised in the government's spring budget.

"There are expenditures that we need to make in strategic areas but ... for the medium and long-term we have to address the debt and deficit," he said.

"What we saw with last year's fall economic statement was devastating cuts rolled out," she said. "Those cuts are having an impact across the province."

Singh said the Tories have switched ministers in the important finance portfolio -- with Phillips taking over from Vic Fedeli in June -- but their approach to the budget is the same.

"We can change the ministers at the table, but if that isn't going to change the priorities it does nothing for the people of Ontario," she said.

Green party Leader Mike Schreiner said the government has played "fast and loose" with the deficit numbers to justify cuts.

"I expect (Premier Doug Ford) will continue using dubious math to put the squeeze on health care, education and social services," Schreiner said in a statement.

This report by The Canadian Press was first published Oct. 10, 2019.