The Ontario PC Party wasn’t about to let a few rogue protesters deter them from getting their message out to supporters Sunday.

With a few hundred people inside the Lamplighter Inn in London, Ont. the rally began with a couple of interruptions.

The co-chair of the London Health Coalition (LHC) stormed the stage just moments after the rally began, and shouted at Premier Doug Ford.

“You’re privatizing our health care, and you need to be honest with Ontarians,” shouted Jeffrey Hanks, the co-chair of the LHC.

He was taken away by security, and held backstage, thinking he was going to be arrested by London police but was eventually let go after the rally ended.

“It was pretty scary, but, you know, I'm okay,” Hanks said from the parking lot after the rally.

“I'm just hoping people, more people know that they're privatizing our health care and they should vote accordingly.” 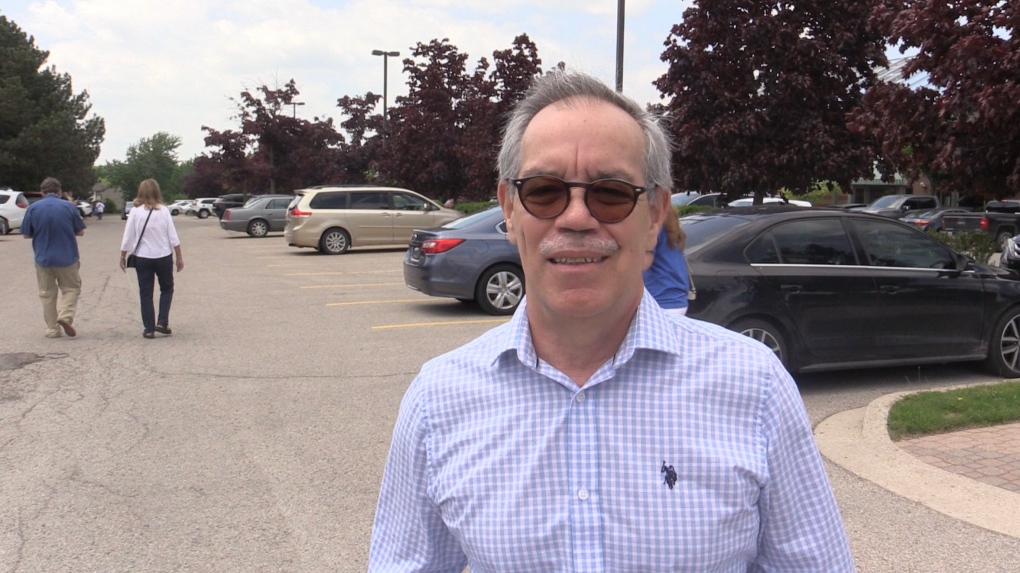 Humberto Ponce De Leon also stormed the stage and was removed by security at Premier Doug Ford’s rally at the Lamplighter Inn in London, Ont. on Sunday, May 29, 2022 (Brent Lale/CTV News London)He was one of a few people who wanted to get their voices heard. Shortly after Hanks was escorted out of the rally, Humberto Ponce De Leon stood up on stage and was quickly grabbed by security.

“I think that I have the right to let people know before they vote, that Doug Ford is really a fraud,” said Ponce De Leon after the rally.

“I mean, the conservatives have been destroying this province and this country, you know, and at the expense of the most vulnerable. If we re-elect this guy, our healthcare system - because it's our system - nobody pays for it but we do. Our system is going to be in a serious and grave situation.”

As they were escorted off stage Ford continued on point.

“Our message is getting out there and the people are excited, you can see it with those folks right there, they are very excited,” said Ford jokingly referring to Hanks and Ponce De Leon.

The rally continued with Ford pushing his ‘Get it Done’ slogan and finished with him shaking hands and taking pictures with those in attendance. 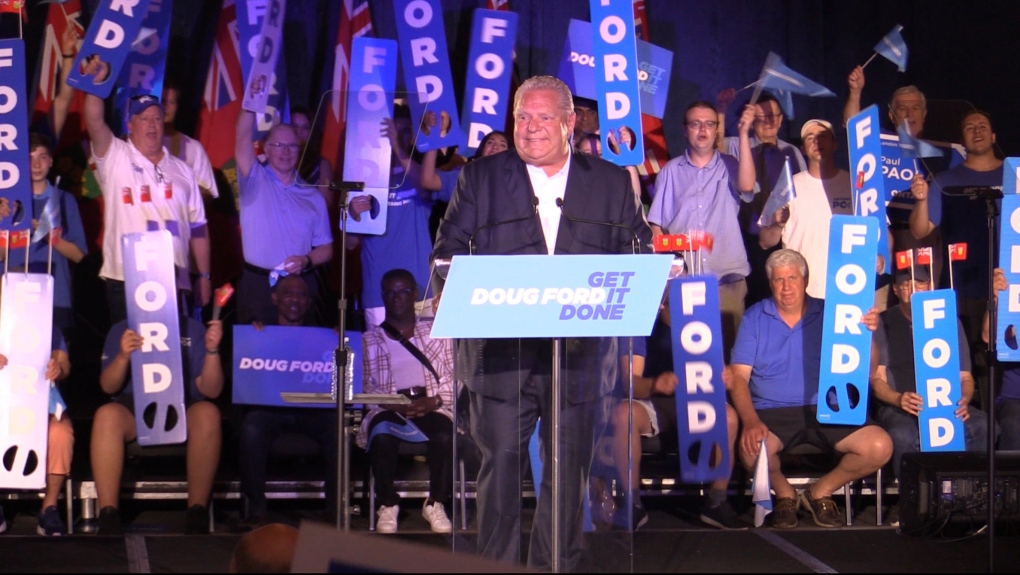 Ontario Premier Doug Ford speaks at a campaign rally in London, Ont. on Sunday, May 29, 2022. (Brent Lale/CTV News London)At the same time the rally was taking place inside, a few different groups of protesters were outside the venue.

CTV spoke with Hanks prior to him going inside, and he explained his concerns about privatized healthcare.

“Problems with private health care is we are sitting at 110 per cent capacity and it’s going to increase wait times,” Hanks said.

“It is because the health professionals go from public to private we are already short 22,000 nurses.”

Hanks claims there is no accountability with our current health care system.

“The corporations are kind of the foxes guarding the henhouse,” said Hanks.

At the same time Ford was in town, just a few kilometres away, Ontario NDP Leader Andrea Horwath made a whistle-stop in London. She hit on a number of talking points including claiming the health care system is broken under the current government.

“We need to hire tens of thousands of health care workers,” said Horwath.

“Nurses, PSW’s to make sure our seniors get the quality of care, dignity they deserve. So they are not forced into Long Term Care prematurity, and so they don’t end up trapped in hospital beds cause they can’t get the home care they need to get out of the hospital. We are going to fix all that.” 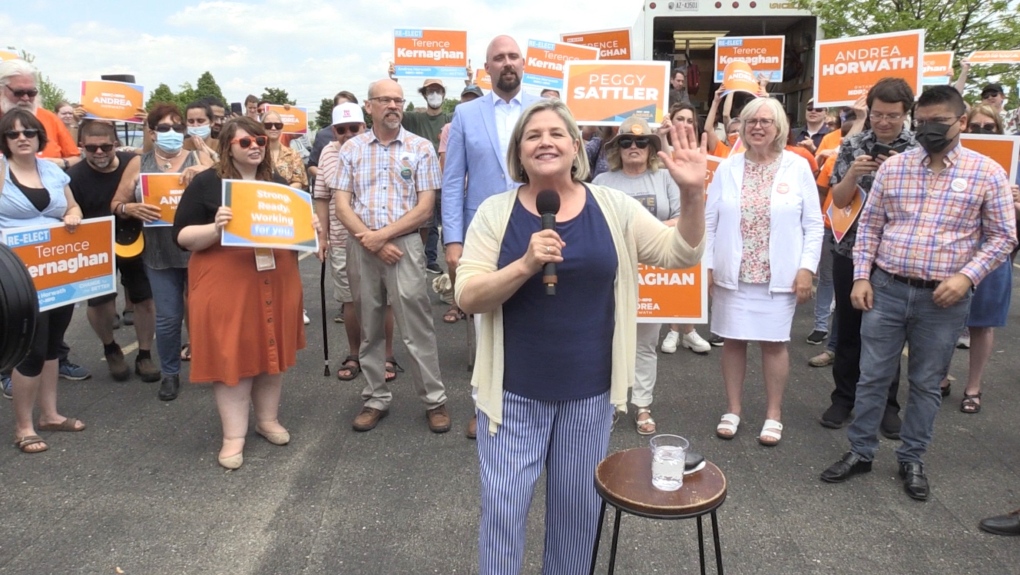 Andrea Horwath during a campaign stop in London, Ont. on Sunday, May 29, 2022 (Gerry Dewan/CTV News London)

Are magic mushroom stores the next pot shops?

Magic mushroom dispensaries are popping up in cities across Canada, with customers ranging from those looking for treatment for depression or PTSD to people wanting to 'micro-dose' a small amount of psilocybin, the hallucinogenic compound in magic mushrooms. But while the situation is in some ways reminiscent of when cannabis retailers set up shop before marijuana was legalized in 2018, Health Canada says there are no plans to legalize or decriminalize psilocybin products.

The U.S. is tracking a suspected Chinese surveillance balloon that has been spotted over U.S. airspace for a couple days, but the Pentagon decided not to shoot it down due to risks of harm for people on the ground, officials said Thursday.

One of Saskatchewan’s oldest hockey rinks has garnered national attention for its unique features and unusual design.

A paramedic signing off for duty for the last time got choked up and teary-eyed during his final radio call to colleagues.

Quebec recommends booster only to vulnerable never infected with COVID-19

Quebec is changing its vaccine strategy: public health officials are now recommending booster shots only for vulnerable people who have never had COVID-19.